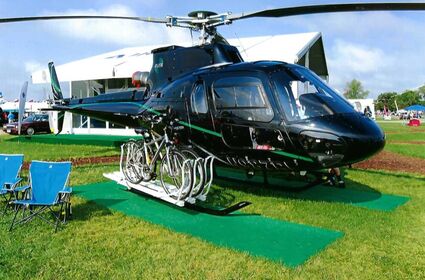 Developed by Aerospatiale as a replacement for the 1950's vintage Alouette II, the Ecureuil was designed for civilian and military use. First flying on 27 June 1974 with a Lycoming LTS turboshaft engine at Marignane, France, the AS 350 has evolved into what some sources say is Europe's most successful helicopter.

A second prototype with a Turbomeca Arriel followed on 14 February 1975, and with French and later American certification, deliveries to customers began in March 1978. Production has continued under the names Eurocopter AS 350 and Airbus Helicopters AS 350. Manufacture also takes...