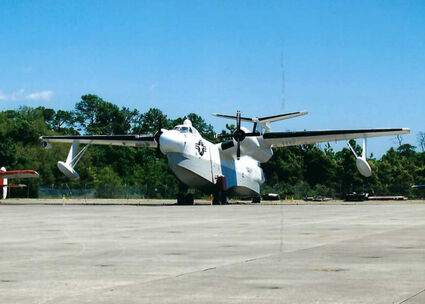 Glenn Luther Martin (1886-1955) taught himself to fly in 1909 in a homebuilt pusher. He set up his first aircraft manufacturing plant in 1911 at Santa Ana, California. Not only did he build airplanes, but acted in the 1915 silent movie The Girl of Yesterday as a pilot opposite Mary Pickford.

Over the course of Martin's career, he employed such names as William Boeing, Donald Douglas, Lawrence Bell, and James McDonnell.

Martin is often connected to bombers, but beginning in the late 1920's it added flying boats to its stable. This started with Naval Aircraft Factory designs, like the P2M an...