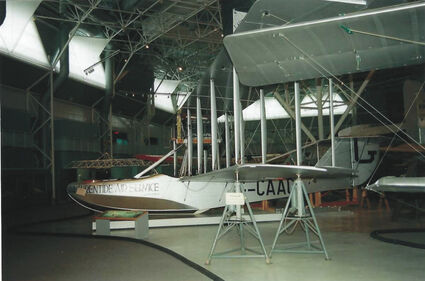 The Liberty powered HS-1L and HS-2L series was the only American designed and built aircraft issued to U.S. forces in France during World War I.

Beginning in May 1918, HS-1L and HS-2L flying boats arrived by ship for anti-U-boat operations and were assigned to 10 U.S. Naval Air Stations.

The first patrol was flown on 13 June 1918. Of the 182 aircraft delivered, 19 were the longer wing HS-2L capable of carrying a larger weapon load.

Since Curtiss lacked enough production capacity, the HS series was also built by Standard, Lowe-Willard-Fowler, Lockheed, Gallaudet, and Boeing, at an ave...