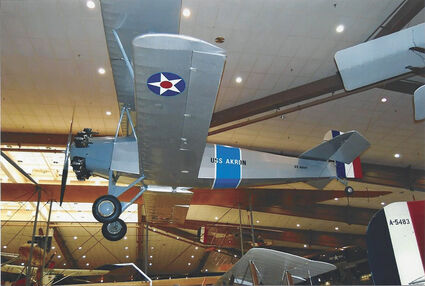 The concept of mating an airplane with an airship was trialed as early as World War I. On 26 January 1918, an Albatros D. III was released from Zeppelin L-35 (LZ-80). The pilot flew the fighter to a successful landing. No method of recovering to the airship was tried. Further trials by the British and later the United States followed. The British experimented with launching a Sopwith Camel (unpiloted) from airship R-23 in 1918 and later a piloted de Havilland Hummingbird and Gloster Grebe from airship R-33 in the 1920's.

The U.S. Army flew a Sperry Messenger from the blimp TC-3 in December...