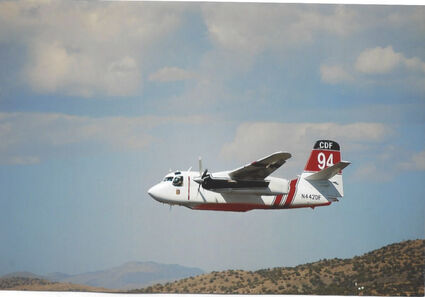 In August 1989, I attended the Abbotsford Airshow in British Columbia. It was my introduction to the use of the Grumman Tracker as a firebomber. Three Conair Trackers, each with a different color water, made a formation pass over the runway, followed by a DC-6. Conair later modified its Trackers with PT-6 turboprops to create the Firecat with 870 gallons of retardant.

The state of California began its use of Cyclone engine Trackers in 1973, each with an 800 gallon capacity. These were designed to replace the much older Avengers and Tigercats. In 1987, Marsh Aviation converted a piston Track...