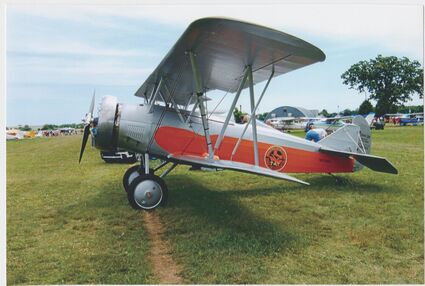 Between the World Wars, Wichita was the center of aviation in the United States. In January 1925, Clyde Cessna, Lloyd Stearman, Walter Beech, and Olive Ann Mellor (later Mrs. Olive Ann Beech), along with Walter Innes, formed Travel Air Manufacturing. By 1929, Travel Air had 650 employees and had built over 1800 aircraft. Most were two or three place biplanes designed to compete with or replace surplus WWI aircraft. One of the most famous was the Travel Air 4000.