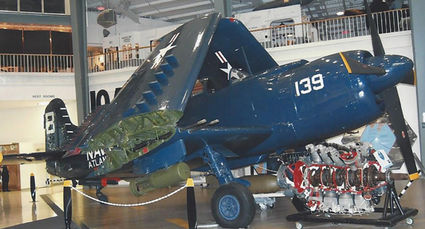 First flying on 26 August 1944 as the XBTM-1, the Mauler was one of four single-seat bomber/torpedo planes ordered for testing by the Navy in 1943. The Curtiss XBTC-2 and the Kaiser-Fleetwings XBTK-1 didn't make it beyond the prototype stage, but the Douglas XBT2D-1, as the AD and in 1962, the A-1, became the famous Skyraider. As for the Martin, it had to settle for second place.

Designed around the huge 28 cylinder 3000 hp Pratt & Whitney R-4360 Wasp Major, the "Able Mable" was a load carrier of great power. Unfortunately, its development was plagued by technical and handling problems,...