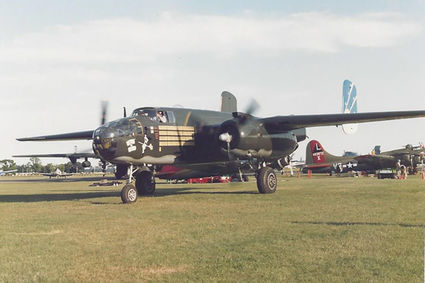 In three decades of air display announcing, I've been privileged to interview many members of what journalist Tom Brokaw called "The Greatest Generation." This has included members of the Flying Tigers (American Volunteer Group), Doolittle Raiders, Tuskegee Airmen, WASPs, aces, Medal of Honor winners, and veterans of the Berlin Airlift.

Added to that, I've called over 200 types of aircraft in shows, from the Pietenpol Air Camper to the Lockheed F-117 Stealth Fighter. Antiques, classics, modern hardware, vintage airliners, aerobatic birds, even a Zeppelin, have graced the skies for my mic. E...