Designed as a basic trainer with light attack capabilities, the S. 211 first flew on 10 April 1981. Powered by a 2,500 pound thrust P&W of Canada turbofan, it has a maximum speed of 414 mph and a service ceiling of 40,000 feet. With four underwing hardpoints, it can carry a variety of bombs, rockets, and gun pods.

Only three countries ordered the S. 211: Haiti (4), the Philippines (24), and Singapore (30). Over 60 percent of the airframe was made of composites. The two crew members sit in Martin-Baker ejection seats. When the United States needed a new primary trainer, Grumman joined with Augusta to offer a modified S. 211. They lost out to the Raytheon T-6 Texan II turboprop. 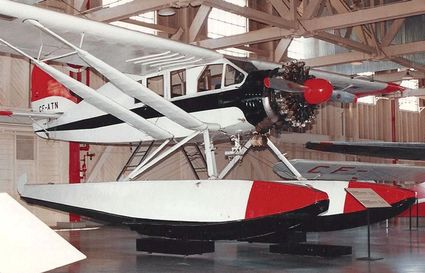 November's contest winner is Bob Eckstein who also noted that Aermacchi now has rights to the S. 221. Other correct answers came from Michael Johnson, Arv Schultz of Phoenix, AZ, Joe Connell, Bob Heavirland, Graydon Carlson, and Gary Underland of Medford, who was with Buzz Kaplan in Italy at the Siai Marchetti factory in 1988 where the S. 211 was manufactured. They, with Tony Seykora, were flying the 1930 Savoia Marchetti S-56B on a six-week tour. I well remember that aircraft when I announced at Owatonna in the early 1990's. History! Best wishes for the New Year. Blue skies and fair winds.