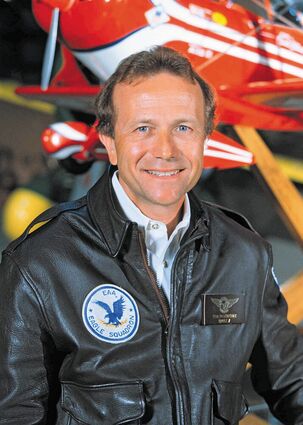 Tom Poberezny is pictured in his EAA Eagle Squadron jacket during the late 1980s.

Tom Poberezny, the retired president and chairman of the Experimental Aircraft Association, was mourned by the EAA and numerous aviation communities after his death July 25 at age 75, following a brief illness.

Poberezny was EAA president from 1989 until 2010, and also served as chairman for two years until his retirement in 2011.