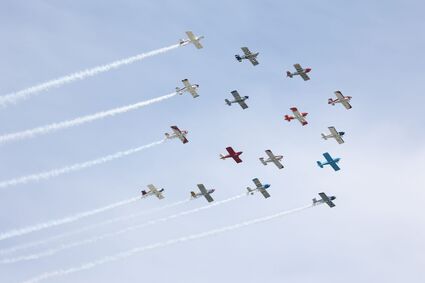 This year's AirVenture featured a number of Van's special events, including a large formation of RV aircraft flying during the opening airshow.

he 50th anniversary of Van's Aircraft RV series was a major element of homebuilt aircraft activities at EAA AirVenture Oshkosh 2022.

"While aircraft kits have existed for more than a century, it was 50 years ago that Richard VanGrunsven introduced a model that would move the homebuilt movement into an age where kit aircraft would become dominant," said Charlie Becker, EAA's director of chapters and homebuilt community manager.

Today, more than 11,000 completed RV models are the direct descendants of that first RV-3 in 1972. This year's AirVenture featured a number of Van's special events,...