Airport Of The Month – Redwood Falls 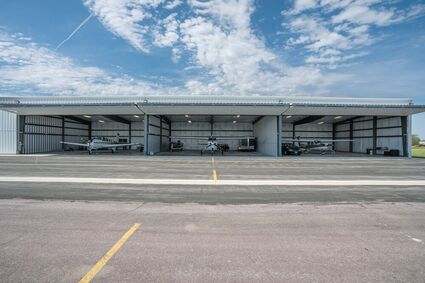 Spending $1.4 million dollars for hangar space was a big commitment for the city. By demonstrating an immediate and compelling need Redwood Falls was able to leverage 90% funding from the FAA and 5% from the Minnesota Department of Transportation.

Internet shopping is the way to go in the 21st century. Point, click and buy means you never have to leave home to spend your money. The ancestor of "online" stores may have started in 1884 when the railroad station agent in North Redwood Falls found he was stuck with a shipment of watches the local jeweler claimed to have never ordered.

Seeing an opportunity, the agent used the U.S. Mail to offer them for sale then shipped them the same way. The "North" city and Redwood Falls merged in 1996, Richard Warren Sears was the 22-year-old agent's name and he later partnered with a watch repairma...