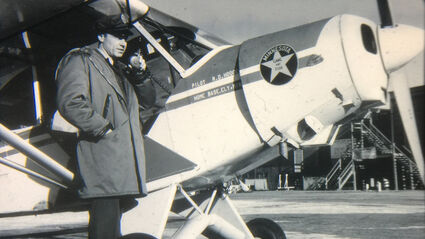 By any measure 1947 was an auspicious year. Yes, that was 75 years ago and included some very interesting and historic events. The Brooklyn Dodgers acquired Jackie Robinson, the first African American to play major league baseball, from their AAA farm team the Montreal Royals. In Minnesota the Department of Natural Resources (DNR) purchased its first airplanes.

Back then it was called the Department of Conservation and the legislature provided funding for two aircraft. One was a variant on the Piper Cub called the "Cruiser."

It was a tube and fabric "tail dragger" that theoretically could...