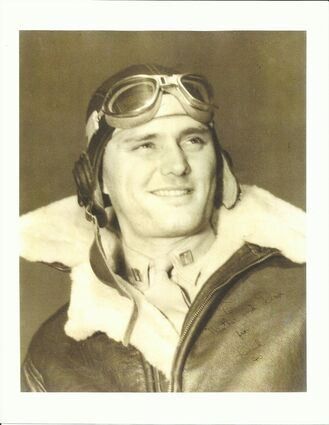 When Pearl Harbor was attacked, Eugene Trowbridge was doing his two weeks of active duty at the Naval Station in San Diego and getting ready for a concert. The concert was cancelled, and Ensign Trowbridge signed up to be a naval aviator, eventually serving with the U.S. Marine Corps.

Guadalcanal is not a waterway like "Panama Canal." In Arabic the name means "Valley of Stalls," or "Markets."

It's also the name of a city in the Spanish region of Andalusia, and thanks to a homesick Spanish sailor who went to the South Pacific in 1568 the largest of the Solomon Islands has the same name.

Andalusia is a bucolic place. The Solomon Islands are hot, wet, and populated with poisonous critters. One member of the U.S. Marine Corps once said, "Guadalcanal only looks good from the poop deck of a departing ship."