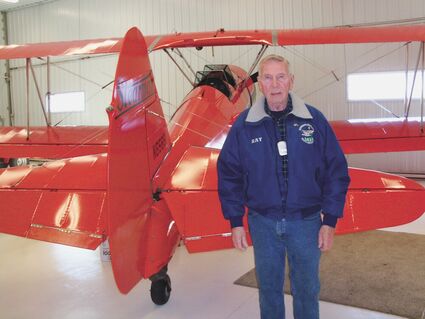 Ray Johnson owned several aircraft over the years, beginning with an Aeronca Champ, a Ryan PT-22, two Cessna 152s, a Cessna 180 and this Stearman E75N1 which he meticulously restored over a 20-year period.

Each year, the Minnesota Aviation Hall of Fame (MAHOF) inductee selection committee meets in June to review nomination submissions and to select the following year’s inductees. Selection includes evaluation of a candidate’s significant aviation contributions to Minnesota, the area of the state the individual represents, and other criteria involving career and professional contributions.

Next month’s banquet will honor the MAHOF 2022 inductees and return the organization to its regular banquet schedule. The MAHOF will showcase one inductee a month in the Minnesota Flyer leading up to t...