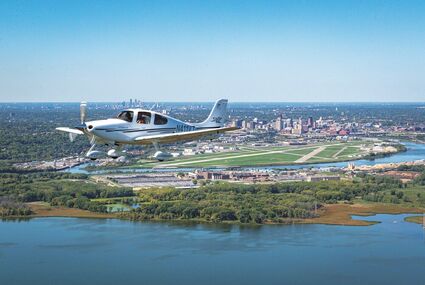 St. Paul Downtown Airport (STP) was one of two airports with the largest increase in 2021 total operations.

Six general aviation airports operated by the Metropolitan Airports Commission (MAC) grew operations in 2021 by 8% collectively-an increase to 352,195, or 26,151 more takeoffs and landings when compared with 2020.

The strong demand for the general aviation system did not wane over the past year, stated Brian Ryks, CEO of the MAC. "Our general aviation airport system overall has seen double-digit growth in operations from 2019 to 2021. The total number of aircraft based at our six relievers has held steady at more than 1,300," he said.

Ryks added the amount of flight training occurring at MA...