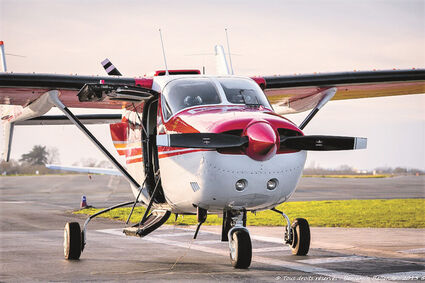 When Cessna designed the 337 the idea was to take the danger out of small multi-engine aircraft by putting both powerplants on the centerline.

In the 1960s having a "draft card" was a mixed blessing for human males in the United States. The Vietnam War was escalating to a

crescendo meaning you were likely to be conscripted by the so-called Selective Service.

On the plus side, it was absolute proof of being 18 years old and in the State of New York entitled to legally purchase alcoholic beverages, hence the phrase "being carded." I spent my teenage years in a New York town called Binghamton.

After turning 18 my favorite watering hole was a place called "Sharkey's." It wasn't a very hip place. The crowd was mostly working class a...