Airport Of The Month – Two Harbors 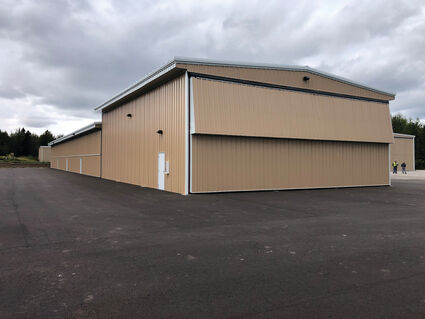 The newest hangar at Two Harbors Municipal – Richard B. Helgeson Field. Recent construction of a seventh T-hangar and one ranch building has helped satisfy demand, but over 10 people remain on the list waiting for available space.

There are two Two Harbors. One is an unincorporated village on Catalina Island, the other is a major city on the north shore of Lake Superior.

Catalina Island is an enclave of the rich, famous and those who service their whims. California's Two Harbors is primarily for pleasure craft.

Minnesota's Two Harbors has some yachts, but is mostly a working port where freighters are loaded with ore from the Iron Range.

Catalina Island Airport is mostly used to bring in perishable supplies that are in too big a hurry to travel by boat. The Two Harbors, Minnesota, airport is a working facility like the port with a full service FBO and 45-plus based aircraft. Owned by the city, it has Avgas and Jet Fuel available 24/7 and the most welcoming Arrival/Departure Building around is opened on the same schedule. The access code for the A/D building is cryptically posted on the bulletin board.

Maybe it's an acquired taste, but the North Shore seems a lot better place to live than the west coast, and that would explain why all the available hangars at Two Harbors Municipal – Richard B. Helgeson Field are rented.

City-owned facilities include five T-hangars. Two of those have larger ranch-style hangars as the end units so there is a total of 36 spaces.

Lots of financial support is available in Minnesota to fund publicly owned hangars. General Aviation airports receive "entitlement" grants from the FAA which can be as much as $150,000 per year. Airport owners can "bank" up to $450,000 for larger projects and/or "borrow" from another airport. FAA funds can be used for "revenue producing" projects provided all other needs of the airport are meet.

MnDOT's Office of Aeronautics makes grants to finance site preparation, and loans are available for hangar construction with no interest charged.

If you've attempted any improvement projects recently you know that the COVID-19 situation has driven up prices for building materials and increased lead times. Labor availability and cost increases are related issues. Order a simple door from your local building supply and you'll find the cost up 25% and the wait time over four months. Have the door installed and you can add another month to that.

For a complex project like a hangar, think about multiplying the issues with a door for your home by about 10,000. Lots of financial support is available in Minnesota to fund publicly owned hangars. General Aviation airports receive "entitlement" grants from the FAA which can be as much as $150,000 per year.

Fortunately, funding from the CARES Act is available for infrastructure projects like hangars. Two Harbors took advantage of just about all these programs for their recent project, which had a construction price tag of more than $1.2 million. If you want hangar space at Two Harbors you should get on the list ASAP.

If you just want to make a trip to the North Shore, the city has a courtesy car at the airport, but that's pretty popular too so call ahead to reserve it. There's plenty of tie down space and underwing campers are more than welcome. The airport's camping area features a fire ring and view of the lake (aka storm water retention pond). If eating and sleeping with your airplane doesn't qualify as fun, many good places for both are in town. Lots of touristy stuff is there too. You can watch the ore boats and visit the light house that also has a harbor museum. Off the beaten path is the birth place of Minnesota Mining and Manufacturing. 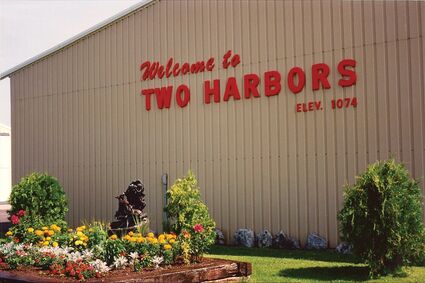 City-owned facilities at Two Harbors include five T-hangars. Two of those have larger ranch-style hangars as the end units so there is a total of 36 spaces.

In 1902, 3M was founded by some Two Harbors business people. The plan was to mine materials to make grinding wheels. It was a good idea, but they had the wrong material and the venture didn't work out.

Apparently, persistence pays off, because today 3M is one of the earth's largest corporations and known internationally for their innovation.

The Lake County Historical Society operates its original headquarters as a museum. On the aviation front, 3M has a fleet of Gulfstream jets that are the envy of business aviation.

The main runway at Two Harbors is 4,400 feet of asphalt pavement with state-of-the-art lighting and the mandatory RNAV approaches. For the taildragger and ski plane crowd, the second runway is 2,600 feet of well-maintained turf. Whether you fly a Champ or a Citation, Two Harbors has a warm welcome for you.