Airports Of The Month – Carlton County 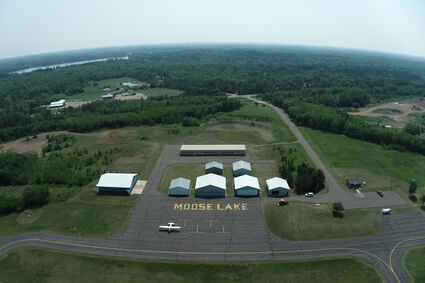 Moose Lake-Carlton County Airport was established as a "landing strip" by the city in 1951. Twenty years later the county assumed ownership and a volunteer effort got the strip lighted the next year. It became a paved runway in 1992.

Carlton County is a great place no matter what you like. There's plenty of public land for outdoor recreation including the spectacular Jay Cook State Park.

Less strenuous recreation is available at a casino/hotel/restaurant complex. Unusual tourist attractions include the only gas station designed by Frank Lloyd Wright in Cloquet and world's largest agate in Moose Lake.

The aforementioned cities are the county's biggest and are served by two general aviation airports with all the facilities you'd like for a fly-in visit. Both are county owned and operated. Having an airport is great, but...