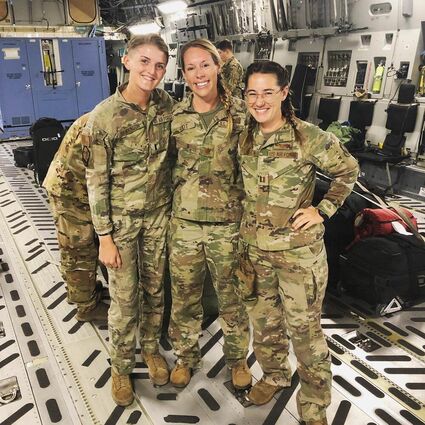 Twenty-six year old Kaitlyn (LaFrance) Hawkinson sort of fell in to her career as a pilot in the U.S. Air Force.

Even her mother, who thought Kaitlyn (now Capt. Hawkinson) might pursue a career in theater, didn't expect her to play a role on the world stage flying C-17 aircraft to evacuate refugees from Afghanistan.

Even though both her parents, Susie Folwick and Scott Sperling, worked on cargo planes in the Air Force, they didn't expect her to follow suit.

Throughout high school, Hawkinson was active in school sports and the drama department. Her mother expected her to find a job in the...