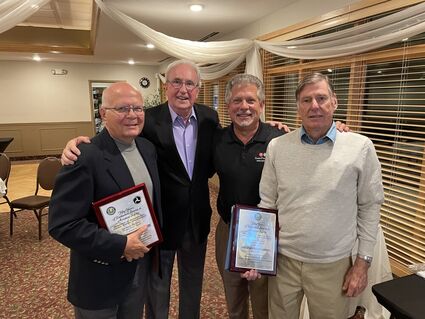 The guest speaker was Gary Powers, Jr., the son of famed Cold War pilot Francis Gary Powers, who was shot down over Russia on May 1, 1960, while flying a U-2 CIA spy plane. The downing of the U-2 in 1960 was one of the most talked-about events of the Cold War.

The event was depicted in the Steven Spielberg movie "Bridge of Spies."

Powers was captured by the KGB, subjected to a televised show trial, and imprisoned, all of which created an international...