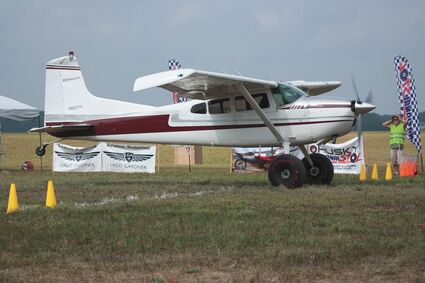 "We were excited to bring this event to a larger airport," said Tom Flanary, Husky National STOL Series co-owner. We sold out Milaca two years ago, but we needed a bigger field." Five-hundred spectators watched the 2021 competition.

Pilots land and take off as slowly and accur...