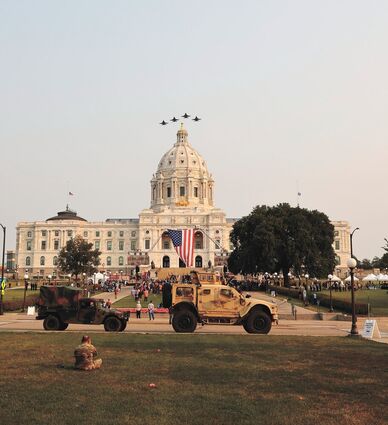 Four F-16s completed a Minnesota Department of Veterans Affairs 9/11 morning flyover of the state capitol, said Lt. Col. (Ret.) Audra Flanagan, who served as a second lieutenant with the Wing 20 years ago.

Later on Saturday, another four F-16s took to the skies from the Wing's Duluth base and...