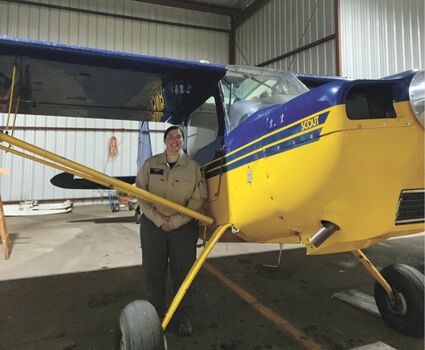 Jessica Holmes did several internships at the DNR, so accepting a permanent opportunity was a no-brainer. Now based in Grand Rapids, she is focused on maintaining habitat for game species of all types.

Cora Fuller trained in a Stinson "Detroiter" to become the first Minnesota woman to receive a pilot's certificate after 30 hours of instruction at the Fairmont Airport.

The Detroiter was a rather sophisticated airplane in an era when most training was done in open cockpit biplanes with two seats.

The aircraft was a four-seat monoplane with an enclosed cabin.

Fuller was an accountant and golfer, in addition to being an aviator.

When not flying the DNR's American Cha...