Airport of the Month – Moorhead 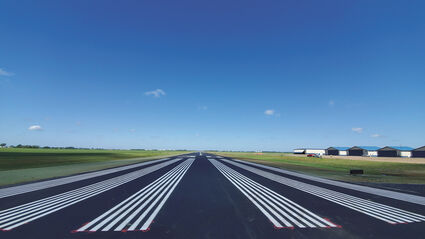 Since the age of the oldest pavement was 20-plus years, an improvement program at the Moorhead Municipal Airport was initiated in 2017.

Downtown Moorhead is having a renaissance. It's a welcoming place featuring some great artwork. The Ace Hardware Store on Main has added to the ambiance by sponsoring a mural of Florence Klingensmith.

The Moorhead native was one of 99 women aviators who banded together to promote aviation for the female gender of the human species. Not surprisingly, the organization is called the "Ninety-Nines." They started in 1929 with Amelia Earhart as the first president. Among her claims to fame, Klingensmith flew the notorious "BeeGee" in the 1931 National Air Races. It was an aircraft only she and J...