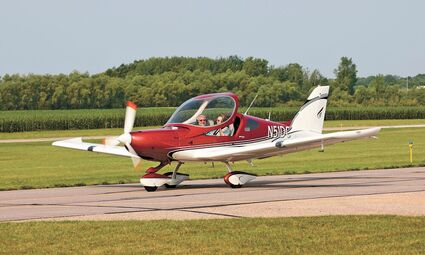 This Bristell LSA registered to Crown Aviation in Carver County, Minnesota, was one of the unique airframes observed during this year's Pan-O-Prog Fly-In.

The summer aviation season hit its stride with the Pan-O-Prog Fly-In July 11 at Airlake Airport in Lakeville.

This year's participants were treated to warm temperatures and calm winds in the morning. The pancake breakfast was a huge success with over 1,850 people served. A total of 85 aircraft flew in. There was great variety in the planes that appeared.

While the majority of the aircraft present came from the seven-county metro area, Detroit Lakes, St. Cloud, and Racine, Wisconsin were represented.

Aircraft ranged from WW II era bomber and trainers to single seat homebuilts, to a weig...