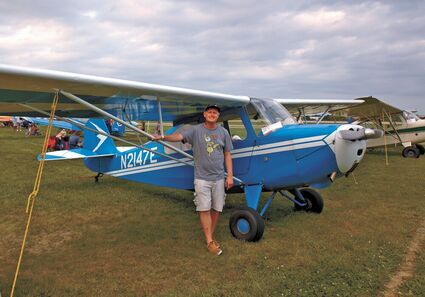 Kreg Anderson flew this 1946 Aeronca Champion Model 7 BCM into AirVenture. He co-owns the aircraft with Joshua Schafer, from Alexandria, Minnesota.

The hands-down highlight of the summer aviation season is the EAA fly-in at Oshkosh, Wisconsin.

Whether you call it Oshkosh, EAA, or AirVenture, the gathering remains one of the biggest aviation events in the world.

Located just over 200 miles from the Twin Cities, Wittman Regional Airport is a short flight from local airspace. The Fisk arrival can be tricky with many planes from all over the U.S. queuing up to land at the "World's Busiest Airport."

This year, there were several important FAA-approved changes...