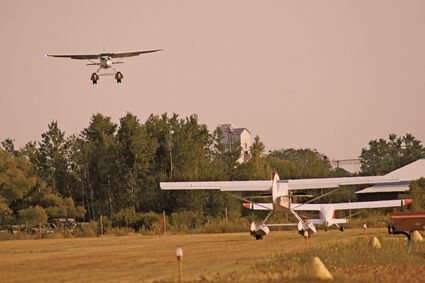 "It was a very busy morning as planes started to arrive," Smith added. "I try to meet each pilot as they park, and give them a quick idea of what to do and where to go."

Smith said one fly-in participant from Georgia who was vacationing in the area flew his M20J Mooney into the event. Other noteworthy aircraft at the fly-in included three float planes, a Gyrocopter hauled on a one-of-a-kind travel trailer and a Grumman Wigeon pilot who flew in the Friday before the event just to say hello. 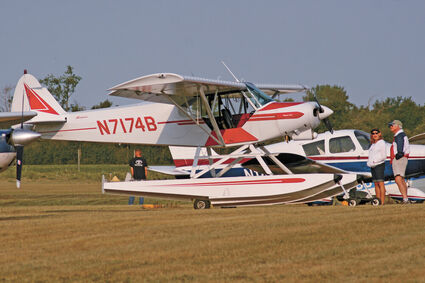 "I'm not sure if it's because of last year's cancellation due to COVID-19 or just the fact the weather was so nice, but I would call this year's fly-in a huge success," Smith added. "I can't wait till our 39th annual fly-in next year!"

Bill Goepferd has been an EAA Chapter 1065 member since 2014. He said organizers received plenty of favorable comments about the fly-in food.

"One pilot commented this is the only fly-in where he gets served by royalty," Goepferd said, referring to the newly crowned Miss Henning, first princess and Little Miss Henning, who helped serve fly-in attendees.

One couple was amazed at the planes, food and activities, Goepferd added.

"I invited my neighbor from Buchanan Lake who hadn't been to Henning before," he said. "He had two grandsons here for the weekend. They had a great time and were able to go for their first-ever airplane ride."