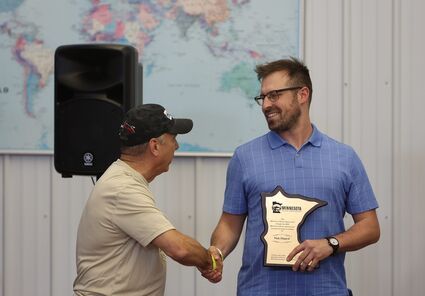 Dale R. Johnson was honored for this year, having received the Charles Taylor Master Mechanic Award in 2020.

The Charles Taylor Master Mechanic Award is named in honor of Mr. Charles Taylor, the first aviation mechanic in powered flight. The award recognizes the lifetime accomplishments of senior mechanics. Taylor served as the Wright Brothers' mechanic and is credited with designing and building the engine for their first successful aircraft.

He designed and built the aluminum-copper, water-cooled, four-cylinder aircraft engine in only six weeks, based partly on rough sketches provided by the Wrights. The Wright engine, with its aluminum crankcase, marked the first time this breakthrough material was used in aircraft construction.