Half The Time Of Powered Flight – Part 2 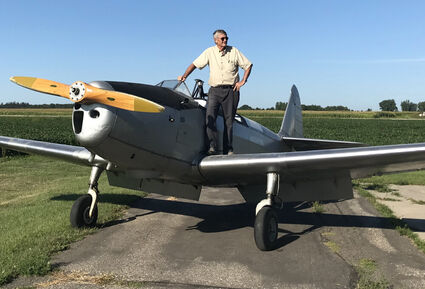 Jim Hanson learned to fly the PT-19 in 1967 while in the U.S. Army. Fifty-three years later, owner Kirk Hiner had his father's aircraft restored, and needed a checkout. Hanson had about 200 hours in type-but hadn't flown the trainer since 1967. He had no problem getting back in the groove, and gave Hiner the required checkout. (

Flying changed and defined my life. I could do things that others my age could not. I had the ability go places and do things they had never dreamed of. Instead of going off to college as my friends did, I got my Flight Instructor Certificate and continued doing ADULT things-including U.S. Army military service.

You never know what an action or decision will do to change your life-as it already HAD-but that ability to fly and instruct meant that I would end up as a flight instructor/instrument instructor in the Army instead of the combat medic position that was originally designated.