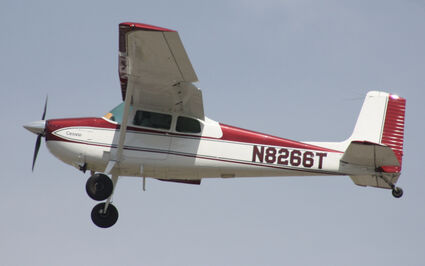 A 1961 Cessna 175B registered to Charles L.K. Srock of Alexandria takes off on a Young Eagle flight June 5 at Chandler Field Airport (KAXN).

Before that date became history, a dozen or more aviation events, namely fly-ins and pancake breakfasts, returned to fill the calendar after pandemic-forced absences.

The roll call of airports was impressive, as was the pent-up interest in general aviation's return to communities around the state.

Here's a look at photo covera...