'Only You Can Prevent Wildfires' - Smokey Bear 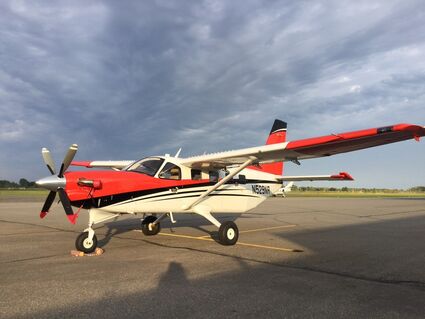 This Quest Kodiak 100 is one of several aerial assets used by the Minnesota Department of Natural Resources' Division of Forestry to fight wildfires.

Smokey Bear's campaign started on Aug. 9, 1944 and is the longest running public service advertisement in U.S. history. Fire safety is just as important today as it was during World War II.

The Minnesota Department of Natural Resources' Division of Forestry has all kinds of support for fire prevention. Brochures and other reading materials are available plus DNR Forestry sponsors education events and seminars.

As more homes are built in the woods and fields of Minnesota, existing firefighting resources are less able to protect property.

The Firewise program addresses the fire risk of homes in the wildland and urban interface.

"Chipper Days" is a good example of how Firewise accomplishes its goals.

Grants are available to provide the machinery with operators to turn dead wood and brush into chips with local labor being the "in kind" contribution.

Dan Carroll, a Minnesota DNR regional fire prevention representative based in Park Rapids, has a forestry degree from Michigan Technological University. Carroll administers these and other prevention efforts.

A 100% success in prevention would be great, but humans are imperfect. Many wildfires are started by lightning or other unforeseeable events. Often fires can be controlled by firefighters on the ground, but sometimes air support is needed.

In that case, Carroll becomes an "Air Tactical Group Supervisor" (or "Air Attack" for short). His job is to support the crews on the ground. He has both fixed wing tankers and helicopters with slung buckets at his disposal. During a fire, the Air Attack assumes a role kind of like a Vietnam era "forward air controller" but usually without being shot at. DNR Forestry is assigned a Quest Kodiak and a Cessna 310 for its mission. Carroll prefers the Kodiak for its long loiter time and high wing.

Carroll isn't a pilot, but he's very much an aviator and aerial firefighter. When fighting a fire, Carroll is on the radio talking to the folks on the ground and coordinating the aircraft. His responsibilities include separating the aircraft, designating targets, and evaluating the effectiveness of each drop. The job requires excellent listening skills and intense concentration.

Minnesota DNR Forestry has two full-time pilots to keep the shiny side up while Carroll is busy coordinating traffic.

Luke Ettl has been in DNR aviation for 25 years and is a former U.S. Army National Guard helicopter pilot. Steve Day came to the DNR in 2019 after a long career as a charter pilot and flight instructor with a FBO that had a contract for DNR fire detection flights.

Airspace designated as a Fire Traffic Area (FTA) is cylinder-like 10 nautical miles in diameter extending from the surface to at least 2500 feet above ground. An FTA looks a little like an airport traffic area.

Firefighting aircraft in the FTA have a discreet frequency for the Air Attack to coordinate their work and elaborate procedures assure safe operations.

What other pilots need to know is don't go near a wildfire. Occasionally a Temporary Flight Restriction (TFR) is established, but often things are under control fast enough that even NOTAMs are not effective. If you see a fire, report it to ATC and go about your business.

As with medicine, someplace between prevention and cure is early detection. Foresters recognized this back in 1910 when a system of towers was constructed for fire watchers. 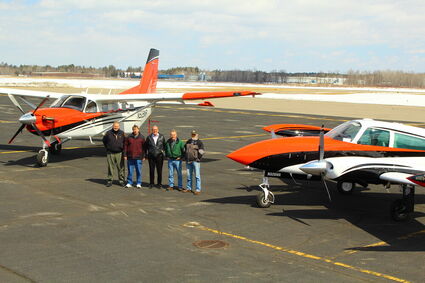 There's still an active tower in Minnesota, but in the 21st century, the DNR contracts with operators like Steve Day's FBO to fly patrol routes during the fire season. Patrol aircraft provide more coverage and better information with less boredom.

A surplus World War II trainer was the first practical firefighting airplane. It

had a tank with a flapper valve connected to the cockpit by a rope. The pilot pulled the rope to dump 170 gallons of water on the fire. Bigger military aircraft were later converted to the role, as were obsolete airliners.

It can carry 800 gallons and has a probe/scoop system allowing the pilot to land on a lake and refill the tank. Minnesota DNR contracts for four Fire Boss airplanes each season. Not as nostalgic has having some old B-17, but way more practical.