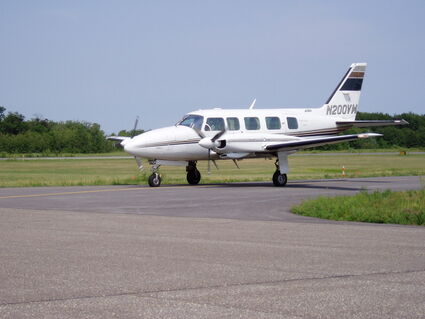 Four passengers or so allowed Tom Foster to fly his favorite airplane of that era, the Piper Chieftain (PA31-350).

In Upper Michigan there is a delightful place called the Keweenaw Peninsula. Keweenaw is a Native American word

that roughly translates as "portage."

Over 7,000 years ago the area became a source of copper originally mined

by a group called the Algonquians. Copper taken from the Keweenaw by prehistoric miners has been found as far away as Arkansas and Oregon.

By the middle of the 19th Ccentury, copper mining was underway on an industrial scale. In 1885, the "Michigan Mining School" was founded in Houghton. Late in 1950's it became Michigan Technological University.