THE PT AND ME 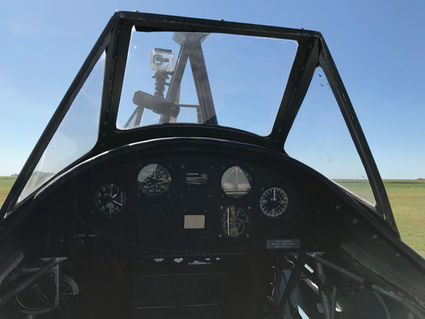 The view from the Instructor's seat. Forward visibility is nil-and the view from the student's front seat isn't much better. The PT-series of trainers taught pilots how to land the fighters they would eventually fly. Note the "rollover structure" above the cockpits to protect the pilots in the event of a crash.

I was in the Army 1966-68-stationed at Ft. Campbell, Kentucky. I had started flying in 1962, and had my commercial and Flight Instructor ratings at 18.

United Airlines was handing out provisional hire certificates to Private Pilots at Mankato State University-contingent on an applicant receiving their Commercial certificate. I was looking forward to an airline career-until the buildup for Vietnam. Airlines no longer wanted applicants facing the military draft. I was 1-A, and needed to get the military obligation over with, so I volunteered my draft number-as a draftee, it would still be a...