Surfside Seaplane Base: 50 years of thanks 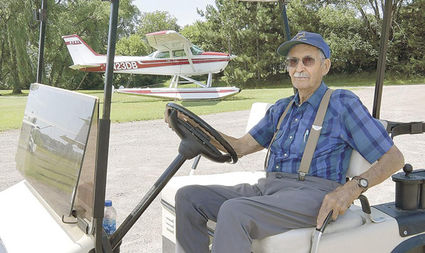 Surfside Seaplane Base owner Bruce Hanson patrols the grounds of the airport he has been operating in Lino Lakes for 50 years. It is the second-largest seaplane base in the country.

Reprinted with permission from Press Publications.

Surfside Seaplane Base in Lino Lakes is celebrating its 50th birthday.

The seaplane business, known for its maintenance, classes and air rides, has been an attraction in the Lino Lakes community for decades.

"We keep anywhere between 35 and 45 airplanes here year 'round. We have a shop here that does the maintenance. We also do flight training," said Bruce Hanson, owner of Surfside Seaplane Base.

"Back in 1969 and 1970, four of us worked for a trucking company and three of us were pilots. This place was up for sale, so we decided to buy it," Hanson said.

Over the years different people came and left, but Bruce always stayed. Just last December he received a plaque from the mayor of Lino Lakes, then Jeff Reinert, for staying in business for so long. Years before that he received an award for 41 years of dedicated service to seaplanes from the Minnesota Seaplane Pilots Association.

Hanson believes his customers are one of the best features of his business, and they may very well be the reason he has been able to stick around in Lino Lakes for so long.

"Of all the people that have passed through here in the past 50 years, there hasn't been a rotten egg in the bunch," Hanson said.

Surfside is the second-largest seaplane base in the U.S.

Recently, however, things have been a bit turbulent for Hanson.

"I came down with what is called multiple myeloma about a month ago," Hanson said.

According to cancer.org, multiple myeloma is a cancer of plasma cells. Plasma cells are normally located in bone marrow and make up an important part of the immune system.

Hanson was worried as to how he would take care of the business, but his friends, family and some customers came together to help him finish a big project around the seaplane base.

"Between 60 and 70 people showed up here to make sure this place stays open," Hanson said.

Some even brought their own equipment to help take down trees and other brush that needed to be cleared.

"A million thanks for all of the help on the runway improvement project," he said. "They helped me out quite a bit."

A business that can attract that kind of love from its customers is fairly unique. So, too, are the wood ducks in and around the property that provide a bit of entertainment for humans, whether they are airborne or simply stopping by to pick up a plane.

"We have approximately 25-30 wood duck houses in the area. Every year we raise a bunch of wood ducks, and we have cameras in some of the houses," Hanson said. 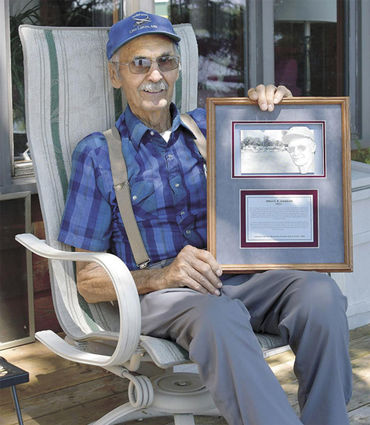 Bruce Hanson was inducted into the Minnesota Aviation Hall of Fame in 2005.

If customers come in at the right time, they're even able to see the ducks in their houses or scampering around the property.

"We have people come in all the time and bring their kids. They drive around to see the planes. That's one of the attractions," Hanson said.

"We had plans to have quite a celebration. We have our annual seaplane picnic the second Sunday in August; unfortunately, with the virus going around we don't think we can have it this year. We were going to celebrate then, too," he said.

Hanson and his business are taking things as they come. Those who have an interest can get their planes serviced or come out to learn how to land a plane on the water or take an airplane ride.