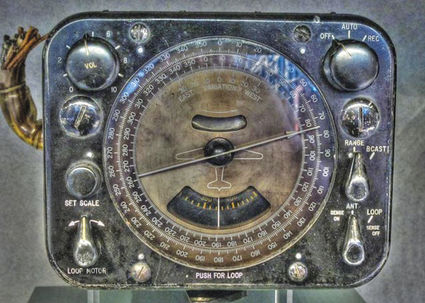 "Say It Ain't So..." (Chicago Tribune headline after Shoeless Joe Jackson was indicted for fixing the World Series). Non-Directional Beacons (NDB) are being shut off. What will flight instructors use to torture their instrument students? How can an iconic system for air navigation just go away? It's not right!

OK, so I'm a dinosaur. I cut my aviation teeth 50 years ago in the high Arctic and the "Non-Directional Beacon" was the approach aid of choice there. My brain still contains the necessary information to use a sextant for a three-star fix and I can talk about how the original LORAN worked. All of that's been replaced by the Global Positioning System. At last the NDBs will follow. Most instructors don't know how to use them anyway so tormenting people is history. Time to move on. It costs about $10,000 per year to maintain an NDB, not including the cost of flight checking the approach every 18 months. That time and money is better put into other programs.

For those of you who got into aviation after the stone age ended, an NDB is a radio transmitter whose signal in FAA speak is "without inherent directional information." In the aircraft a system called Automatic Direction Finder (ADF) receives the NDB transmission. A cockpit instrument with a needle that points to the station tells the pilot where they need to go. Just turn to put the head of the needle on the nose, throw in some correction for wind and fly to the NDB.

NDBs once were used for on route navigation, but for the last 60-plus years have been primarily used for instrument approach procedures. Compared to VORs, NDBs are inexpensive to build and maintain. They filled a real need for providing instrument procedures at small airports and did the job very well for many years. Now GPS does it better.

The Minnesota Department of Transportation and its Office of Aeronautics caught on to the economy of NDBs in 1974 and installed their first one. About 45 more units followed. In 2019 a project was initiated to decommission all the state owned NDBs. Give or take, the FAA needs nine months to remove a navigation aid from its publications so there's some uncertainty when the last one will go off the air. Most likely the era will end later this year or in 2021. 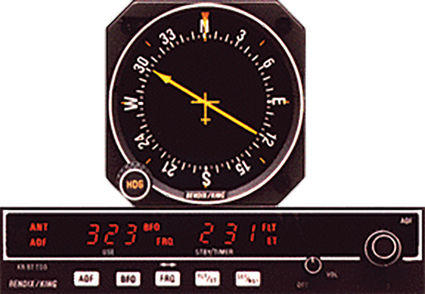 A modern ADF with digital tuning.

So back to baseball, NDB frequencies ranged from 190 kHz to 1750 kHz which includes the band for AM radio. I have fond memories of summer nights returning to the Twin Cities from a meeting. If no thunderstorms showed on the storm scope, I would tune in WCCO on the ADF and listen to the Twins while the autopilot did its thing. What could be better than flying and baseball?

A while back, I was having lunch with an old comrade. He was a navigator (not a black box, an actual person) and we flew together way up north. He's been out of aviation for a long time and asked me how we found our way around in those "little" airplanes. I waved my phone and told him he'd been replaced by an "App." He wasn't that amazed by "ForeFlight" though. Everyone navigates with their phone these days. I couldn't find the grocery store without GPS.