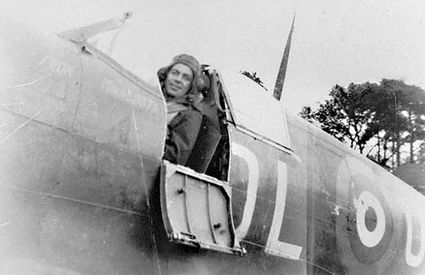 Art Donahue in a Spitfire

British Prime Minister Winston Churchill had a way with the English language. He also liked the sound of his own voice. Many of his speeches in Parliament lasted so long that some members were nearly comatose by the end. On August 20, 1940 Churchill made a typically long speech concerning the status of the war with Germany. He paid tribute to all the people defending Britain against the aggressors, but buried in the speech is this single sentence that has an important place in aviation history.

"Never in the field of human conflict was so much owed by so many to so few."

Too bad a lot of the MPs were asleep for that.

Churchill was talking about the women and men serving in the Royal Air Force. They were fighting what would later be known as the Battle of Britain. Media propaganda of the time made much of the pilots flying for the RAF Fighter Command. Newsreels showed them sprinting to their Spitfires and Hurricanes, then taking off to intercept the German planes intent on bombing England. The fighter pilots became the image of "the few." They were later awarded their own decorations but received Churchill's praise with typical aplomb. After the speech one commanding officer was quoted as telling his squadron, "careful chaps, the PM has seen your bar bills."

There were 2937 RAF fighter pilots qualified for the "Battle of Britain Clasp." Among the few were 595 airmen who were not British. Many came from the commonwealth including Australia, Canada, New Zealand and South Africa. Some were refugees from Nazi-occupied Europe, notably Czechoslovakia and Poland. Nine pilots were from the United States and one was from Minnesota. Art Donahue was a unique aviator in many ways.

Donahue was from St. Charles. He learned his flying skills in Winona under the tutelage of another famous flyer, Max Conrad. Donahue was a natural and by the age of 19 he'd earned his commercial license. Later he received his Airline Transport Rating and was the youngest Minnesota pilot to receive those certificates. Donahue was also a licensed airplane mechanic. When war seemed inevitable, he offered his services to the U.S. Army Air Corps. Lacking any college education, Donahue was rejected by the Army. The RAF had better sense.

In 1940, the Germans had conquered Belgium, Holland and France. Many British soldiers in France were evacuated from Dunkirk, but at some cost. As the RAF covered the retreat, it lost over 300 pilots. On the eve of the Battle of Britain many of the RAF's front-line pilots had only recently completed their training. Britain's recruiters saw experienced flyers as a valuable commodity and Art Donahue was off to war. By the time Churchill was telling parliament how things were, he was flying Spitfires at Kenley.

At first Donahue and his comrades were fighting a losing battle. German bombers initially attacked the airfields in southeast England. Damage to the facilities and aircraft on the ground was considerable. Ironically it was the RAF bomber crews that turned the tide. On September 7, they attacked Berlin. Hitler was furious and ordered the German airmen to retaliate by attacking British cities. Now the fighter pilots could find a respite of sorts from the fighting at their home fields. Things didn't go well for the Luftwaffe after that.

Meanwhile, Donahue had been wounded, badly burned, and forced to bail out of his Spitfire. He returned to active flying and continued to defend England until March 1941. By then Art Donahue was an Ace. He was given leave to visit home and received a hero's welcome in the U.S. Demonstrating his other talents, Flight Lieutenant Donahue published a best-selling book about his experiences called "Talley Ho."

A German invasion of England had been defeated, but the Japanese were threatening the Far East. In October 1941, Donahue was sent to help defend British possessions in the Pacific. He brought his own Hurricane, flying it from the deck of an aircraft carrier and landing in Singapore. They were poorly equipped and badly outnumbered, but the British flyers fought the Japanese with the same courage as they fought the Germans. There were no Spitfires to contest Japanese air superiority and the Strait of Johor isn't the English Channel. On February 14, 1942, Singapore surrendered. Once again Churchill had much to say calling the fall of the city "the worst disaster and the largest capitulation in British history."

Pilots and crew that survived the battle retreated to Dutch Indonesia. Flying from Sumatra, Donahue was again wounded, seriously enough to be returned to England. He documented all this in a second book, "Last Flight from Singapore."

By this time, the United States had entered the war. Finally recognizing that they'd missed out on a first-class pilot, the Army offered Donahue a commission and transfer to the now famous "Eagle Squadrons." After declining the transfer and recovering from his injuries, Donahue returned to his old squadron as a Flight Leader. The nature of their flying was much different in 1942 than it had been in 1940. RAF and US Army flyers were trying to take the offense. Back to flying the Supermarine Spitfire, Donahue was mostly doing sweeps over northern France, but occasionally the Germans still attempted day attacks on Britain. On September 11, his flight was dispatched to intercept a Junkers twin engine bomber over the English Channel. Donahue attacked the Junkers but was hit by the German's return fire. He was forced to ditch in his crippled aircraft. Art Donahue's body was not recovered, but he is commemorated at the RAF Memorial in Runnymede. 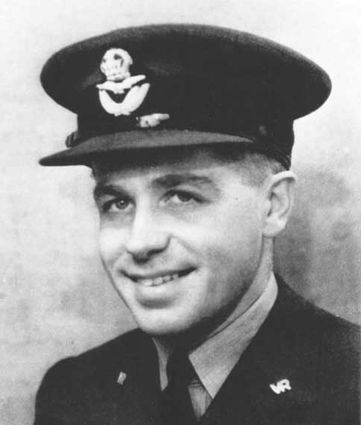 Art Donahue , at the time an RAF Flight Lieutenant.

Flight Lieutenant Art Donahue once wrote a hauntingly prophetic letter to his parents saying, "My life may not be long, but it will be wide." The year 2020 will be the 80th anniversary of the Battle of Britain. It seems a good time to remember a Minnesota flyer who was one of Churchill's few.