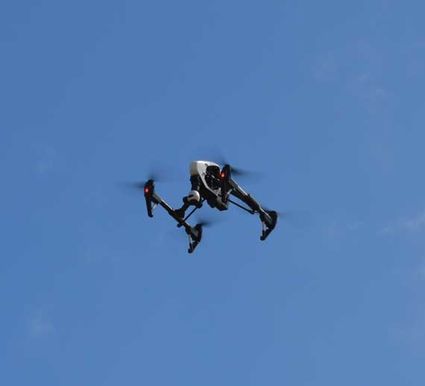 January 16, 2020 - EAA is very concerned that the FAA's proposed rule on Remote Identification (RID) of Unmanned Aircraft Systems (UAS) could have a severe detrimental impact on traditional model aviation, and is preparing a full package of comments on the Notice of Proposed Rulemaking (NPRM).

The rule would require most UAS, no matter whether they are "drones" or traditional model aircraft, to carry equipment that identifies the device and broadcasts its location. Additionally, many would be required to be equipped with "geofencing" systems that autonomously contain the craft within a defined altitude and lateral boundary.

While EAA is primarily an organization that fosters and supports passion for manned flight, we recognize the modeling community as an important pathway into aviation. In fact, last year we launched the Young Eagles Build and Fly Program, a chapter activity to guide youth in building their own electric RC model, which they can then fly with a local Academy of Model Aeronautics (AMA) club. There are many legitimate safety concerns surrounding drones, primarily those that are airborne camera platforms capable of flying beyond visual line-of-sight with little or no training by the operator, but traditional modeling has been operating trouble-free for nearly the entire history of manned flight. Despite this NPRM not directly impacting the manned flying community, we are concerned that regulatory overreach in the modeling world could easily set a precedent for future action against general aviation, such as an equipment mandate for the benefit of commercial UAS integration into the airspace.

EAA's first action on this rule was to request a comment period extension from 60 to 120 days to allow time for the public to adequately evaluate this complex and sweeping proposal. Since then we have been carefully reading through the NPRM and working with industry partners in the modeling community. So far, these are our top concerns:

• This rule is based on an imagined security and safety threat that simply is not proven in relation to traditional modeling. There is absolutely a risk posed by drones operated in proximity to aircraft by poorly informed, careless, and/or deliberately malicious operators, but the same cannot be said for models.

• The rule would require every modeler to uniquely register every aircraft they own. Models come and go from modelers' collections on a regular basis, which would necessitate frequent changes to the registry. A prolific modeler could easily own more than 100 models – a truly unwieldy number to maintain valid registrations, especially if there is a per-aircraft fee involved.

• The FAA has based some of this rule on an assumption that the average UAS has a lifespan of approximately three years. This is wholly inappropriate in relation to model aircraft, which may last for 20 or more years or may crash on the first flight.

• The NPRM has a narrow exemption to the RID requirement, but only for aircraft that are more than 50 percent amateur-built and flying at a recognized model field. The "51 percent rule" works well for full-size amateur-built aircraft, but cannot simply be adapted to modeling without a large amount of unnecessary bureaucracy. Adopting the rule as written could easily cause major consequences for builders of almost-ready-to-fly kits, which account for a majority of new model aircraft. These kits still involve extensive assembly and customization, but would likely fall short of the proposed 50 percent standard.

• Under the NPRM, model fields (termed "FAA recognized identification area," or "FRIA") would be approved in a one-time, 12-month window. This is clearly meant to "grandfather" existing facilities, with no mechanism for approving new ones. From time to time, modeling clubs can and do relocate their operations for a variety of reasons, and new clubs are established. Additionally, EAA believes that anyone operating under the guidelines of a community-based organization should be able to establish a FRIA, such as individuals in rural areas who wish to fly from their own property.

• Under "limited remote ID," in circumstances where a model is not flown at an approved FRIA or is not compliant with the amateur-built carve-out and lacks onboard reporting equipment, a geofencing system is required. These are difficult to engineer and would severely hamper operations away from FRIAs or the use of prebuilt commercial models.

• The rule mandates technology that is not available in large numbers and is not yet fully mature. In the case of the ADS-B mandate, for example, extensive testing took place prior to the 2008 NPRM that mandated its use (and the mandate was not in effect until a decade after the publication of the rule).

• There is ambiguity about whether this rule applies to control line and free-flight modeling, and it could even cause complications for indoor modeling.

There are many more elements of the rule that EAA is scrutinizing. Ideally, EAA is pushing for a solution that cleanly carves out traditional modeling as exempt from the RID requirement, which is only useful in identifying negligent drone users.

EAA will provide guidance to members who wish to comment in the coming weeks. When you do comment, please be respectful and use rational, fact-driven arguments in your own words. Form letters and emotional comments have much less impact on the regulatory process. More updates will be provided as they become available.