Agnes A. Dansl: Becoming a WASP 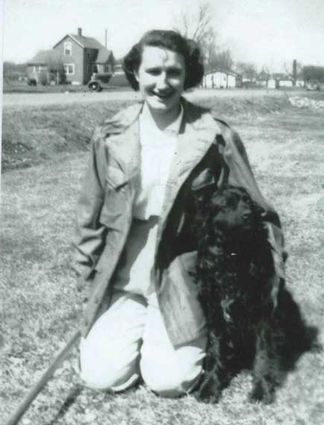 Photo courtesy of Agnes A. Dansl

This piece was submitted by Agnes A. Dansl Ph.D. It is a compilation of notes from a speaking engagement.

Agnes states that she is 92 years old and has worked as a high school math teacher, counselor and principal. She was the first in her family to receive a college education.

THE FLIGHT OF THE INCORRIGIBLE DAUGHTER

My story doesn't hold a candle to the stories of the brave men and women who have served in our armed forces. I did not fight in any battles.

Most of my story begins in St. Cloud, Mn. I believe that what I did experience as a young girl and young woman did give me the courage to follow other dreams when I became an adult. When I look back, I now feel that I had to be "gutsy" to do what I did as a teenager.

I have to begin this story when I was 13 years old as it would not be complete if I begin with my experience of how I became involved with the organization called the WASPs. (Women Airforce Service Pilots).

I was going to learn to fly. Now how was I going to accomplish this goal? It was because of my dad that I got the idea as to how I would get out to the St. Cloud airport and get to know some of the people. My dad had a friend "Walter" who worked at the little St. Cloud airport.

Occasionally I would go with dad to see what had just flown into the airport as a number of private planes used this airport. Each time I went out I became more determined to learn to fly. Finally, I got the nerve to ask if I could come out on my own. Walter, dad's friend, was receptive to my biking out as long as I did not get underfoot of the men who were working around the area and I was not to bother the visiting pilots who had flown in that day.

I had the chore of making the coffee for the men. I would clean their office (and they were messy). I would clean the cockpits of the planes that had just flown in from out of town. Sometimes when one of the men needed a tool, they would yell for me to bring it to them. As time went on, I would be rewarded with one of them inviting me to take a short flight. These flights involved delivering packages, etc. to some little town.

After a while, they would teach me about the controls and what to do or not to do with the joystick, how to read the maps they had, check flight instruments (which were few in the early days). After I had been up a few times I was given the controls to fly the plane. I began to have more lessons both in the air and on the ground as the men really began to teach me. After a while I became quite knowledgeable. I was taught how to land a plane and I was given the task of taxiing the plane to the hangar.

One day Walter came to me and said "The other fellows and I feel it's time for you do solo." My heart started pounding and I felt that this is what I had wanted to do for weeks. I was a little hesitant about getting into the plane by myself but I was too young to really be frightened. I climbed into the cockpit and strapped myself in. I checked the instruments and started the engine. I taxied down the runway and took off. I knew the pattern I was to fly and I flew it as I had been taught. I came around and was about to land when I realized that I had misjudged my landing as I was little high for a good landing. I continued around and did the pattern over again and then came in for a landing. I landed and taxied over to the hangar and found all the men and visitors waiting for me and they began clapping for this 13-year-old girl as I climbed out of the cockpit. I look back now and remember that this was one of the greatest experiences of my life.

When I arrived home after this wonderful experience, I was greeted by my mother who was "steaming." Walter had called dad to tell him about the wonderful solo I had accomplished. Mother overheard the conversation and she must have really taken it out on dad. My dad was aware of what I was doing when I disappeared for any length of time, mother was dead set against my wanting to fly. To stop me from going to the airport she immediately took my bike away from me. Little did she know my life was tied up in this activity. I thought of a way to still get to the airport. I borrowed a bike from my friend. I never told any of my friends what I was doing for fear they would tell their mothers who would then tell my mother. After a while mother felt I had given up my efforts to get to the airport and she gave my bike back. I continued visiting the airport as often as I could.

HOW DID I GET INVOLVED WITH THE WASPs?

In the summer of my seventeenth year, I felt I needed to earn money for college. I had a part time job at the St. Cloud library during the school year and had saved some money. My friends and I got an apartment in Minneapolis near the University. One day as we were eating, I began to tell my friends what I had been doing at St. Cloud airport and about my flying lessons. They had to swear not to tell their mothers as I would be in big trouble at home. My friends had a lot of questions and we had a long conversation about my hours flying and my summers at the airport.

As we were talking, one of my friends leaned over and said very quietly that there was a woman sitting behind us who had been listening to what I had been telling them. The woman came over to our table and apologized for listening in on our conversation. She introduced herself to us and stated that she belonged to an organization called the WASPs (Women Airforce Service Pilots) and that she had flown into Wold Chamberlain that day and was on a two-day lay over. Edith (the WASP) and my friends and I talked for a long time. She told us about the WASP's and some of the unclassified jobs that she had done. Edith took a liking to me and asked if the three of us wanted to go to the field and see her plane. When we got to Wold Chamberlain she described that the plane was a DC3 which was the work horse of the planes at that time. Edith asked if I would like to take a short flight with her the next day. I could hardly wait!

The following day, Edith picked me up and drove to the airport. This was the start of another new experience for me. The plane was big compared to the ones I had flown in while learning to fly in St. Cloud. Edith gave me a rudimentary lesson about the instruments, how to read maps, etc. She asked me if I would like to take some training beyond what I had back home as she was interested in young women getting behind the "wheel" and really gaining training in larger planes. She stated there was a training station which was adjacent to Wold Chamberlain. The training station had the mechanical trainers that were used by the commercial pilots to get additional training. (At this time, the Army Air Corps and the Navy had men in training). Edith called and made arrangements for me to take lessons. (My job to earn money for college would have to be put on hold). She called the Captain at the training station and we drove out to meet him. He couldn't believe that I was only 17. Because of Edith's backing he agreed to have me gain some experience in a trainer. I spent six hours a day for a week of intensive training. Some of the fundamentals were what to do if a plane stalled in the air, became low on fuel, began to spiral, etc.

All the time that Edith was having me receive training, she was in communication with her superiors at Avenger, Texas which was the headquarters for the WASP organization. One day after receiving my training, she invited me to meet her at Wold Chamberlain. I was sitting in the waiting room when I saw her approaching with women in uniform. I found that the women were in charge of the base at Avenger, Texas. They questioned me at great length as to my training at St. Cloud and at the Naval Air Station. The women told me that Edith had made a recommendation to make me a quasi-WASP. They had a ceremony where they presented me with a patch to put on my outfit. There was a swearing in for me which gave me the privilege of flying as Edith's co-pilot in the DC3. I had to keep in mind that some areas would be classified. They did not give me the silver wings due to my age. Little did I know that day was the top of my mountain for me, down in my memory as one of the most memorable next to the solo flight when I was 13. That summer flying with Edith ended when August came to a close and my life changed back to normal. I was sad when I had to say good bye to Edith. 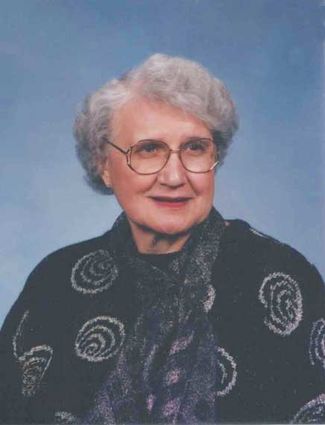 Photo courtesy of Agnes A. Dansl

One of the big problems that I faced when I returned from one of the flights is that I could not talk about where I had gone and who we transported. Remember this was 1944 and WWII was still being fought which means I could not share my experiences of the summer. Of course, I could not tell my mother as she would have had a heart attack. I did share some of the unclassified parts of the summer with the wonderful men at St. Cloud airport. They were so proud of my accomplishments that I had achieved during the summer. I will forever be indebted to these gracious men who took me under their wings when I was so young.

This ends the story of "The Incorrigible Daughter" who accomplished her goals to learn to fly even against the wishes of her mother. I told you at the beginning that I had not fought any battles but I did accomplish my goal. Every so often even today in my advanced years, I have the urge to go out to Flying Cloud to take lessons in the planes that are so beautiful and advanced compared to the planes of the 1930's and 1940's. What a difference I would find.

The WASP's were deactivated in December of 1944. I was so sad to hear about the end of this wonderful organization.