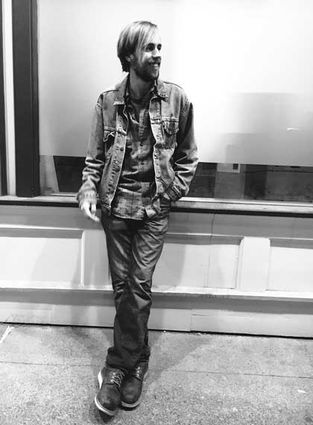 My name is Macklin Caruso and I will be taking the reins as the new editor at Minnesota Flyer.

It is a real honor to work for such a historic Minnesota publication with longstanding ties to the aviation community.

I'll put all of my cards on the table, I am not a pilot. I am however a longtime journalist. As is often the motto with journalism, those who don't can hopefully at least write about it.

That's what I hope to do while working for the Minnesota Flyer. I intend to thrust myself full force into the world of aviation.

You have my word, I am determined to sound vaguely more competent on the topic of aviation than when someone asks what's under the hood of my 2002 Toyota Prius.

Though I am not a pilot, the world of aviation is not totally alien to me. Both of my parents were flight attendants, which meant most of my upbringing was deeply interwoven with the airline industry. Everything I knew as a kid was somehow connected to aviation, though it was much less interesting than any reader of this magazine would care to know. For example, conversations around the family dinner table would typically consist of my dad excitedly ranting about the new Boeing 737's kitchen floor plan.

But it wasn't all bagged peanuts and boxed foods. Meeting my parent's pilot friends as a kid still stands out in my memory. To me, there was no one cooler than a real life airplane pilot.

I don't know if this is my lingering childhood imagination, but I feel like they all had at least one story of being locked in a dogfight during their years as a World War II fighter ace.

Being the son of flight attendants also meant that I did a lot of flying. Of course, as those of you who work for the airlines know, this meant flying standby. If there is any silver lining to flying standby, I guess you could say that it builds character.

For those of you who have been afforded full-fare tickets your whole life, flying standby is the art of not paying for a ticket and waiting for an open seat before you can board the plane. It meant that a family vacation to Hawaii could turn into a trip to Topeka, Kansas in a moment's notice. It can give you a cynical outlook from a young age. I often found myself rooting for traffic accidents, a TSA drug seize and medical emergencies, anything that might leave an extra seat open on the plane.

If all went well, 15 minutes before departure the gate agent would call my name. There was the initial hope of being given a window seat, or near the emergency exits, maybe even first class. But reality is drearier than the imagination would let you know. Typically flights were spent neatly positioned between the guy who thinks it's appropriate to wear his Tommy Bahama tank top on a flight and an aging JFK conspiracy theorist.

Anyways I digress. I look forward to documenting the local aviation community for Minnesota Flyer. Like I said, this is mostly uncharted territory for me. If there is anything going on the world of aviation that I should know about, please feel free to contact me.