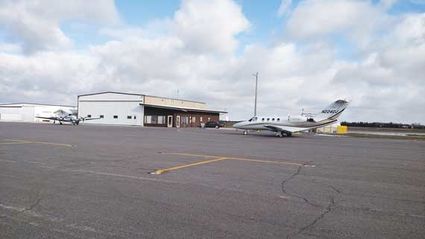 Charles Hallock was an author and publisher from New York City. He studied at Amherst and Yale, then edited the New Haven Register. Around the time of the American Civil War he owned the New York Journal of Commerce. So how is it that a town in the far northwest corner of Minnesota ends up being named after a literary type from the northeast?

Mr. Hallock was into conservation. He was an avid outdoor person and naturalist who experimented in agricultural practices that also benefited wildlife. His literary endeavors included a magazine called "Forest and Stream" which morphed into "Field and Stream"which is still in publication.

Before there was a city, Hallock bought some property nearby that he operated as a wildlife preserve. Later he helped establish the village and built a hotel catering to like-minded people.

At first, getting there must have been hard on Mr. Hallock. It was horses, oxcarts, coaches, riverboats and canoes. Things got better in 1879 when James J. Hill brought the railroad to Hallock. Hill's plan was to transport immigrants who would farm and ship their crops on his trains, but he liked the place enough to acquire 50,000 acres where he built a mansion that still exists. Even on the train, the trip was measured in days. In the 21st century, however, Hallock is only a few hours from anyplace in North America because the city has a first-class General Aviation Airport.

Hill knew what he was doing. The land around Hallock is some of the most fertile in the world, so early aviation activity centered on agriculture.

A pilot named Luke Younggren was one of Minnesota's first aerial applicators. He had a grass runway near the site of the current airport. Mr. Younggren converted a PT-19 to a spray aircraft by removing the back seat and installing a 55-gallon drum. The turf runway worked for the old trainer, but air minded citizens perceived something better was needed.

Legend has it that sometime in the 1960s local Attorney Bob Severn called the State Aeronautics people and said, "When are you going to get Hallock a REAL airport?" The state must have listened. Hallock Municipal Airport opened in 1972. It has a 4,000+ foot-long runway that can accommodate 100% of the small aircraft fleet. The runway has instrument approaches to both ends, plus approach path indicators and Runway End Identifier Lights to help at the minimums. An automated weather system will tell you if any of that is needed. After landing, a generous aircraft parking area and nice Arrival Departure building greet visitors. There's self-service fuel (both Jet-A and Avgas), a FBO and a courtesy car.

It's a real airport alright. There are two agricultural operations with modern turboprops replacing the PT-19 and its barrel. Hallock is also home to a business that repairs aircraft fuel cells and advertises itself as "the best place in the world to take a leak." Ten other aircraft are based there, and frequent visitors include the Border Patrol, Department of Natural Resources and medical flights.

Like Hill, Hallock knew his business. When it comes to outdoor activities, the area around his namesake city is paradise. Bird watchers, cyclists, cross country skiers, and people interested in just about anything else to do with being in the fresh air "up north" will find what they're looking for. Even those that like some aggravation with their exercise will be happy at the nice nine-hole golf course.

To make sure life stays in balance, Hallock has a brewery and a distillery. Both establishments have retail sales on site with food service. If you partake in the adult beverages, you can camp on the airport or use one of the nice local hotels.

July is the when the airport hosts a fly-in breakfast. It's appropriately sponsored by the local hockey boosters. Minnesota's first hockey game was played in Hallock and the first indoor ice rink in the state was built there in 1894.

The Kittson County Fair is also in July and in August there's a rib fest downtown. Hallock's motto is "things are clearer up here." By that they mean northern Minnesota and their high-quality lifestyle, but the motto could be adopted by flyers. Things can't get any clearer than they would be at 10,000 feet on the way to a delightful experience in such a unique place as Hallock, Minnesota.