Flying through a MOA 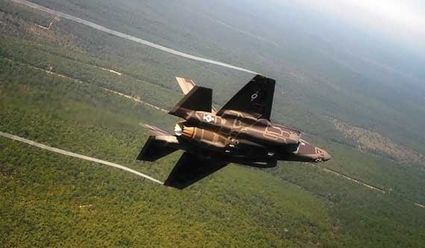 One of the greatest perks of flying is being able to see and enjoy the beauty of the earth below. But while casually enjoying these sights, especially at lower altitudes, pilots must maintain awareness, not only of other airborne traffic, but also their proximity to military operations areas (MOAs) and low level training routes along or intersecting with their route of flight.

What is a MOA, one might ask? According to the Aeronautical Information Manual (AIM) MOAs, "consist of airspace of defined vertical and lateral limits established for the purpose of separating certain military training activities from IFR traffic. Whenever a MOA is being used, nonparticipating IFR traffic may be cleared through a MOA if IFR separation can be provided by ATC. Otherwise, ATC will reroute or restrict nonparticipating IFR traffic.

"MOAs are depicted on flight charts including Aeronautical charts, VFR terminal Area Charts and Enroute Low Altitude charts." While MOAs are shown on all current flight approved GPS units, there are still many aircraft with steam gauge panels whose pilots primarily rely on printed charts.

First, general aviation (GA) pilots should be aware of and understand the type of military flight activities that can and frequently do take place in a MOA. These can include aerobatics, air intercepts, air combat tactics, formation flight and low altitude tactics, or variations on any of these training configurations.

Aircraft types, size and speeds in a MOA can also vary greatly. Fighters as small as the F-16 Falcon fighter, or bombers as large as the B-1B Lancer and many in between like the F-15 Eagle, F-22 Raptor and the F-35 Lightning, might be found exercising their amazing aeronautical capabilities throughout a MOA.

These aircraft, flown by the nation's top military pilots, are taken to the edge of the envelope while rapidly changing altitudes and airspeeds. Altitudes can range from the floor of the MOA to 18,000 feet. Speeds can vary from 250 mph to just below the speed of sound, or approaching 700 mph. Bear in mind that these highly agile aircraft are also painted in very low visibility, light absorbing non-reflective colors and paint schemes. Thus it follows they will be very difficult to see especially in diffused light or overcast conditions. While they might be seen on radar, they are designed to be very difficult to see with the naked eye.

The next question most pilots will likely ask is: what can GA pilots do to prevent, or significantly reduce the possibility of an unplanned incursion into a MOA, or a near mid-air collision when passing through a MOA?

There are a few things GA pilots can do immediately to increase their safety when transiting a MOA. These things include; effective flight planning, knowing and following the FARs, maintaining good situational awareness at all times and always using and maintaining clear communications and turning on your aircraft landing lights to make your plane more visible to the military - and other - aircraft in the MOA.

With all the rules and regulations of flight it might sometimes seem like a daunting task. With consistent practice, proper use of checklists and online tools available to pilots, your actions will become a daily part of your flying routine. Your safe flying practices will also be enhanced and improved.

One tool available to pilots is located at: http://www.sua.faa.gov/sua/siteFrame.app.

This portal offers valuable centralized, reciprocal information for civilian and military pilots. There, pilots will find detailed education on airspace, mutual hazards to safe flight, aircraft performance, and visual identification. The mission of this portal is to eliminate midair collisions and reduce close calls. It targets the two main user groups, GA pilots and military pilots (and safety officers).

Another great tool available to pilots is provided by the FAA Safety Team - better known as the FAAST team - at the following link: http://www.faasteam.com/gslac/ALC/coursecontent. Here pilots can complete a safety course on Special Use Air Space and temporary flight restrictions TFRs. It is free, easy and certainly well worth the investment of any aviators time. Of course one can always check out the current Aeronautical Information Manual, chapter 3, section 4, on Special Use Airspace.

Pilots can check their sectionals to quickly find the locations of MOAs. Also marked on the sectionals in a thin gray line, are the military training routes (MTRs). Remember that the width of the gray line does not indicate the width of that route. The thin gray line indicates the approximate center of that route, even though aircraft can be anywhere within that particular corridor.

Most MTRs run a width of approximately 3-5 miles on either side of the gray line! Also remember that not all MTRs are uniform in width. In fact some routes might be shown as 5NM right and 3NM left of the center-line and further along the same route one might find 2NM right and 28NM left (as shown by VRl00 in New Mexico), for example.

Along an MTR, military aircraft can be operating at 250 mph, but in MOAs they can operate at significantly greater speeds at or near 500 feet AGL, while frequently exceeding 65 degrees of bank and pulling seven to nine Gs as they turn, literally a heartbeat above the earth's surface. Think about this, for instance, when that small, gray F-16, is moving at 450 - 480 knots, they are covering approximately 1-mile every seven to eight seconds! But visual scanning and collision avoidance (see and avoid) still remain a responsibility of all parties when operating in Visual Meteorological Conditions as per FAR 91.113(b).

When military pilots are training, you can be certain they are training in the most realistic, real-world environment possible. Their efforts and energies are focused as they would be if this training was actual combat. Recall that military aircraft are painted in a low visibility gray and their flying tactics are designed to make them very difficult to see by the "bad guys." That combined with their closing speed makes it very difficult for them to be seen especially when GA pilots are unaware they have flown into, or near, HOT airspace.

Though military pilots maintain a heightened situational awareness (SA), they are operating in a very high speed, task-saturated environment and may often be close to the ground. They cannot afford to be distracted by anything, especially a slow moving GA aircraft in HOT airspace. It is highly recommended that GA pilots stay out of military airspace when that airspace is in use (hot).

It basically boils down to this: chapter 3; section 4, Special Use Airspace, in the AIM; "Pilots operating under VFR should exercise extreme caution while flying within a MOA when military activity is being conducted. The activity status (active/inactive) of MOAs may change frequently. Therefore, pilots should contact any FSS within 100 miles of the area to obtain accurate real-time information concerning the MOA hours of operation prior to entering an active MOA. 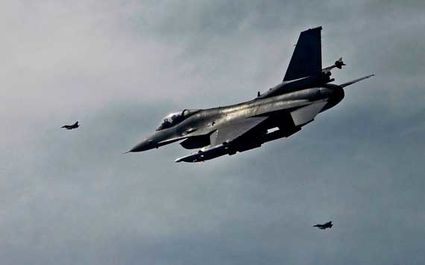 One more thing to note is that you will see IR (Instrument Routes) and VR (Visual Routes) followed by a number, depicted on sectionals in a light gray color. Aircraft flying IR routes are in contact with ATC. Aircraft on VR routes are not required to be in radio contact with ATC. When you get a weather briefing by phone (1-800-wxbrief), your briefer will be able to advise you which of the Military Training Routes along your planned route of flight is being used.

In the words of the FAA, "Pilots should be aware of all restricted airspace depicted on charts and current Temporary Flight Restrictions (TFR). To obtain current TFRs, call Flight Service at 1-800-WX-BRIEF, and check FAA's TFR (websitewww.sua.faa.gov/sua/siteFrame.app)."

Your safety, the safety of your passengers, other pilots and their passengers, as well as people on the ground below your flight path depend on your choices. So before you fly, plan well and ask yourself if your proficiency, currency, judgment, physical condition are 100% ready to fly.

Make sure you do proper planning and remember to be vigilant every time you fly, especially in special use airspace.

From a military pilot's perspective, the most important thing a general aviation pilot can do is contact the controlling agency on the correct radio frequency before transitting a MOA. Without that, I've witnessed many instances of us knocking off 8+ fighter aircraft scenarios costing $100,000s in jet fuel to accommodate a single cesna not on freq.