Pilots are happier on a full stomach 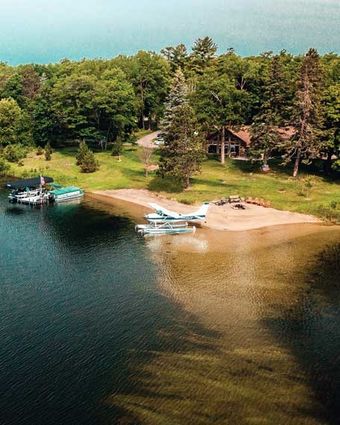 On Saturday June 29th, I was lucky enough to be invited to go flying with my friend, Jay, in his C-206 with amphibious floats. We departed Balsam Lake, Wisconsin at 0900 and picked up a heading of 320 degrees.

Our destination was Long Lake, northeast of Longville. My sister had invited us up for breakfast. We also wanted to fly over Birch Lake near Hackensack and get a birds eye view of a lake place my wife and I are buying. I gave my sister an ETA of 1000 just before departing Balsam Lake. I had flight planned using my iPad and FlyQ efb.

The air was very smooth and with light winds. It was an enjoyable ride even though it was getting warm.

We arrived overhead Long Lake a minute or two after 1000 and circled north with left hand turns. With the light winds the water had just enough of a ripple to not be glassy, but very smooth on touchdown.

We pulled up on my sisters sandy beach and turned the airplane around, tied one float to a large cement block and headed in for breakfast. My sister had just taken an egg bake out of the oven. She had fresh strawberries, melon, donuts and juice. My sister, Kay, and her husband Jimmy had torn down a cabin on the property about five years ago, and built a beautiful year round lake home.

Later, we learned that 18-time winter gold medal X Games winner, Levi Lavallee, who lives on the lake watched our approach and landing from his lakeside deck and also videotaped it. You can check it out on his instagram account. It's pretty entertaining.

After breakfast we decided it was time to go find Birch Lake. With my nephew Connor along to take pictures, we took off to the northeast and made a left turn and headed west. We over flew beautiful Women Lake, then Webb Lake and finally over Birch Lake. We spotted the lake home we are buying and passed it west bound, over flew the lake and over flew Ten Mile Lake, then made a 180 and passed it east bound. 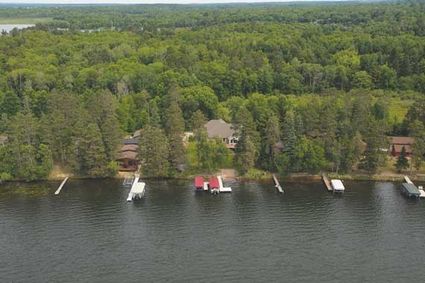 I don't know a lot about Birch Lake except it has good walleye and crappie fishing which makes me happy. The lake home has a nice sand beach, which makes my wife happy, especially since we now have a 1-year-old grandson.

We then headed back to Long Lake and dropped Connor off.

Jay and I flew back to Balsam Lake, closed up his lake home and flew back to the Twin Cities. We landed about 2 p.m. which was fine with me, because it was no longer warm. It was now hot. A C-206 with no air-conditioning is fun to fly until the temperature gets to be 90 degrees with a heat index of 100 degrees.

Since the breakfast was wearing off, it was time to head home and see what I missed for lunch.

A pilot with a full stomach is a happy pilot whether he is flying or not.