Marijuana and the Cannabinoids: How High is the Sky? 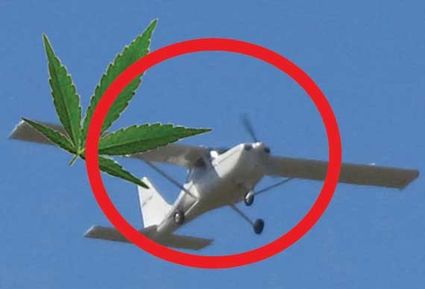 Over thirty states have legalized the use of marijuana or its active ingredients (cannabinoids) either for medical or recreational use.

Here in Minnesota medical marijuana has been available for several years although its use is strictly regulated by the State Department of Health.

To get in the door of a cannabis (marijuana) dispensary you first have to be seen by a certifying physician approved by the health department. If you have any of the approved conditions inclusive of cancer associated with severe/chronic pain, nausea or severe vomiting, or severe wasting, glaucoma, HIV/AIDS, Tourette Syndrome, Lou Gehrig Disease, seizures, severe muscle spasm, inflammatory bowel disease, intractable pain, autism, obstructive sleep apnea or post-traumatic stress disorder you may get approved. There is pretty good medical evidence that cannabinoids may help in controlling these problems. I might add that if you do have any of these conditions you have no business flying before talking it over with an AME. Most of these medical problems require a Special Issuance i.e. demonstration that they are well-controlled before you can get a medical certificate. And there is another catch. The FAA considers use of marijuana or any marijuana extract disqualifying for flight. Why you might ask? The psychoactive ingredient-the thing that makes you high-in marijuana is a chemical called tetra-hydro-cannabinol or THC. It impairs judgement, reaction time, and decreases mental awareness. A good thing if you have intractable pain. A bad thing if you are trying to fly an airplane.

The other major cannabinoid that you could run into is cannabidiol or CBD. Research is currently sparse but it does not cause the "high" you get with THC. In other words, it does not appear to be psychoactive but may have anti-anxiety and anti-inflammatory effects. Since you don't get high from CBD, it is considered legal in most jurisdictions as long as it is derived from hemp, a plant lacking THC. As you might expect, it's become the new additive for about everything that ails humanity. Although the feds still have not approved it as a food additive or a dietary supplement some avant-guard restaurants even cook with it! Indeed there are CBD shops in Minneapolis selling it infused in foods or as a supplement.

So, if you don't get high and the cops probably won't bust you for having it, can you fly with CBD? At the current time the FAA says no. As I said, information about the drug is slim. Side effects have not been well characterized. Also, if you are not buying CBD from a regulated medical dispensary, you really don't know what you are getting.

A 2017 study in the Journal of the American Medical Association reported that only 26 of 84 samples of CBD oils, tinctures and liquids purchased online contained the amount of CBD claimed on their labels. Eighteen of them contained THC, which as we've said could cause intoxication and impairment.

Bottom line, if you are using anything that comes from a marijuana plant, you are grounded.

Perhaps in a few years when more is known about CBD it may be permissible if its manufacture is regulated. In the meantime, you'll have to deal with your anxiety in other ways. Maybe take a flight refresher course?