It was a beautiful day for a Fly-In 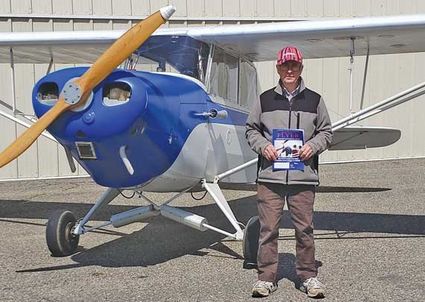 Tom McCarney with his 2000 Christavia Mark 1, a homebuilt aircraft, (which he did not build). Tom, who has been a pilot for 35 plus years, flew in for breakfast this morning from Moose Lake MN.

Good weather is what everyone hopes for when planning an outside event and that is just what Grand Rapids EAA Chapter 412 had for their Fly-In breakfast held on June 1st. After a cool morning, it ended up being a beautiful 70° day.

Along with breakfast was a silent auction offering many nice items to bid on. The money raised will go toward a scholarship fund. Each year, they award two or three $750.00 scholarships to students entering the aviation field. Chapter President Robert Bischoff stated that "this year three scholarships were awarded." 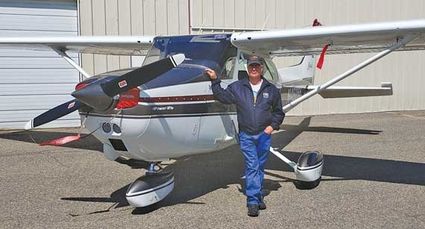 Larry Daigle (Vice President of EAA Chapter 412) with his 1974 Cessna 172 Skyhawk which he has owned about 3.5 years. In this time he has done some re-painting, changed the gold stripes to this (gray) and done a little bit of interior work. Larry flies out of Grand Rapids, MN.