Just because spring is in sight... 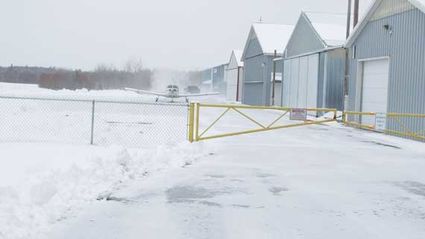 Flying during any season in Minnesota can be stunningly beautiful. It can also present some really unique challenges.

One of those unique challenges is icing. Yes, the days are getting longer and maybe a little warmer, but even as we edge toward spring, we still need to remember that snow and icing conditions can exist for several more weeks.

Accumulated ice, snow, and frost can have a detrimental effect on your efforts to fly. As you begin your walk around, be sure to look closely for any frost, ice, or snow on your aircraft. If you find any, remove all of it. Make sure the wings, empennage and control surfaces are 100% free of frost, ice, and snow. Do a very thorough walk-around and don't even start the engine until your wings, fuselage, or control surfaces are completely free of frost, ice, and snow.

According to Federal Aviation Administration (FAA) Advisory Circular (AC) 91-74B, (10/08/15). "Aircraft icing remains a key aviation safety issue. Accident data has shown that pilots are (intentionally or inadvertently) flying aircraft not certificated for flight in icing conditions into such conditions, often with fatal results."

It goes on to say, "If an aircraft is not certificated for flight in icing conditions, each flight should be planned carefully so that icing conditions are avoided. During a flight, the pilots should monitor available weather information (see FAA's Pilot Guide To Inflight Icing Conditions (AC 91-74B), Chapter 5, Icing Operations, on in-flight operations) and be aware of conditions that might require a change of flight plan to avoid icing conditions. In the event of an inadvertent icing encounter, the pilot should take appropriate action to exit the conditions immediately, coordinating with ATC as necessary, and declaring an emergency." Pilots who are familiar with in-flight icing conditions will tell you that ice accretion is often most rapid near the tops of the cloud layer, therefore, you should minimize the amount of time spent at those altitudes.

The FAA's Pilot Guide to In-flight Icing Conditions, AC91-74B states that "dry snow does not contain liquid, and it's unlikely to adhere to your aircraft. In this case, it's unlikely to pose any icing risk. And the colder the OAT, the more likely it is you'll encounter dry snow instead of wet snow." Thus dry snow poses little risk for icing, however moisture laden snow presents a very different situation to deal with.

When the outside air temperature (OAT) is just a few degrees above freezing, wet snow can form. While not common, wet snow can stick to locations on the airframe. It can also melt not long after initial contact allowing the water to run back over the surface. As it does, it can accumulate and refreeze in an unprotected area causing runback ice accretions. This can also cause a ridge of ice to build. If this begins to occur pilots should treat the situation as an icing encountering and do all possible to exit those conditions as quickly as possible. Make sure you have turned on both the Pitot heat and carb heat as any ice encountered in flight can be potentially dangerous.

Also, please bear in mind that flying through snow, especially in lower light conditions, can be visually quite disorienting.

Now take time to review the FAA's Pilot Guide To In-flight Icing Conditions (AC 91-74B), along with your Pilot's Operating Handbook to assure that just because spring is in sight, you don't forget that winter conditions can occur in Minnesota though late May and you are prepared to make the best decisions before you fly.