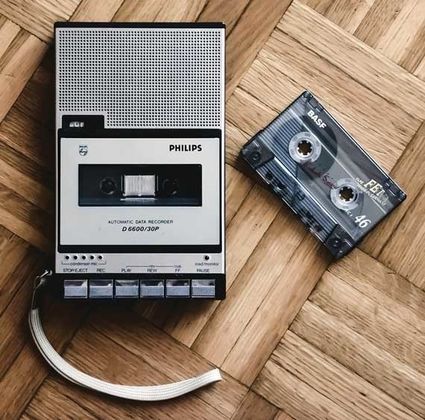 It's been a while since I've ridden in a car with a cassette player. I know we have a lot more old aircraft in the system than old cars. One of the Bonanzas that MnDOT operates just turned 40 and though it had an ADF in it when it was new, that panel real estate has given way to a touch screen GPS. I hear from flight schools that their ADF that was working the day before is magically placarded inoperative for flight tests. It's been a while since we at MnDOT have considered NDBs a key navigational aid in our system. As GPS became the primary navigational tool our NDBs transitioned to being radio stations for the broadcast of airport weather. We've now transitioned those weather broadcasts to VHF with the exception of Bigfork and that will happen in 2019.

MnDOT has 35 NDBs in our system. These are owned, operated and maintained by the Office of Aeronautics. Like all our navigation aids they need regular inspections and occasionally they fail and need repair. Some of the NDBs are an old design and we are having to scavenge parts to keep them running. While many of the NDBs are on airport property, 11 of ours are Locator Outer Markers on land that is off the airport and must be leased. One prominent NDB; HOPEY, is on leased land and the land owner has told us they do not intend to renew our lease.

What you should understand is that NDBs cost money to keep them operating.

The FAA has started to implement their VORMON program, which stands for VOR Minimum Operating Network. If you are unaware of the details, under the VORMON program they are increasing the service area of VORs from 40 to 80 miles and eliminating VORs where there is overlap. We have seen two Federal VORs in Minnesota shutdown under the VORMON program and a number of others are on the list for the coming years.

This will eliminate the VOR approaches associated with those navigational aids.

Reading between the lines, if you want to operate in instrument conditions you need to have a GPS receiver with the capability to fly GPS based approaches.

All the Minnesota Airports with NDB based instrument approaches have GPS based approaches that provide equal or lower minimums. That means at least two approaches exist for all of the runways served by an NDB approach. The FAA reviews all instrument approaches every two years. Right now it takes more than two years to get a new approach. Eliminating duplicate approaches to a runway helps to reduce the FAAs workload and hopefully will help them be more responsive to new requests.

In 2019 MnDOT will start the process of decommissioning our NDBs.The dollars we save on NDB operating and maintenance costs will help to maintain and improve the system in other ways. We are seeing increased costs for our weather stations and we want to continue to improve the other navigation aids at Minnesota airports. The decommissioning process will include notice through our website and social media, as well as written notice to the local communities and surrounding airports, and will allow for users to provide feedback.

I am excited about how GPS has improved the safety of the system and provides better access to airports.

Unfortunately, like cassette players and pay phones, we feel the time has come to retire the remaining NDBs in Minnesota.