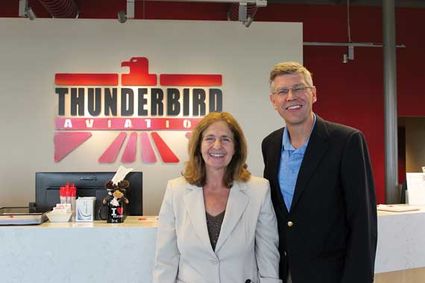 More than 30 people attended the event at Thunderbird Aviation, a fixed-base operation and flight school, to interact with Paulsen-a longtime ally and GA supporter. As a member of the House General Aviation Caucus, Paulsen cosponsored the Pilot's Bill of Rights 2, which included third class medical reform, now known as BasicMed.

Paulsen kicked off the event speaking about the FAA reauthorization bill and efforts over the past two years to remove air traffic control from the FAA. Despite pressure from leaders in his party, Paulsen told attendees that he could not support the bill without GA's seal of approval.

The House passed its FAA reauthorization bill without the controversial ATC privatization proposal on April 27 by a vote of 393 to 13. Paulsen voted for the bill.

"I really enjoyed spending time with Minnesota pilots and general aviation advocates," he said. "I value their input and will continue to be a strong supporter of general aviation!" 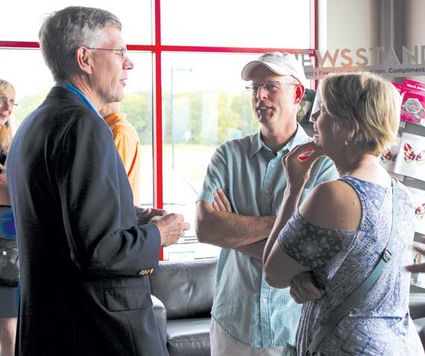 Representative Erik Paulson chats with attendees of the Meet and Greet at Thunderbird Aviation.

Scott Verstandig, AOPA senior director of legislative affairs, who took part in the event said, "It's great to introduce Representative Paulsen to our AOPA members at Flying Cloud Airport and discuss the issues that affect pilots. Paulsen is a consistent supporter of GA, and we are appreciative to have such a strong advocate in Congress."

Verstandig also thanked Thunderbird Aviation for their hospitality in hosting the AOPA event.

Other topics discussed with Paulsen included the impact of the 1,500 hour rule on pilots and the aviation industry, prospects for a driver's license medical, and airport development grants.

With a total annual economic output of $229 million, and supporting 1,190 jobs, Flying Cloud Airport is an invaluable resource for Eden Prairie, Minnesota. In 2017, the airport had more than 90,000 takeoffs and landings with a total of 373 aircraft based on the field.

In June, the airport was awarded a $1.1 million grant for infrastructure improvements including installing airfield guidance signs, runway lighting, and reconstructing a runway, which Paulsen supported.