These days it is common practice for nearly everyone to spend large amounts of time staring at electronic screens. Whether for work or for fun, our electronic devices have been deeply embedded in our lives. Even in aviation, we are using electronic pads to read flight charts, check the weather, to file flight plans, and much more. Then we climb into a cockpit with two or more electronic displays and head off into the blue.

While many of these devices have actually made facets of our lives easier or perhaps more efficient, that easiness or efficiency is not gained without some cost beyond the cost of the device itself.

In a 2016 study by the American Optometric Association, they discovered the average American spends seven or more hours each day looking at a variety of computer based screens like phones, tablets, laptops, and flat screen TV's. Millennials spend on average nine hours per day looking at screens.

The issue is that many people suffer from digital eyestrain believed to be caused by blue light emanating from computer screens. While the medical field has strong opinions on both sides of the question, 'is too much blue light bad for you', it is known that blue light can adversely impact the body's natural circadian rhythm. Blue light actually wakes us up, so receiving too much blue light from your tablet, computer or phone can negatively affect your ability to get to sleep.

You are likely aware that the spectrum of visible light from the sun combined, produces white light we see, and call sunlight. That light is a combination of red, orange, yellow, green, blue, and violet light rays, plus many shades of all of these colors. The strength of the colors is dependent on the energy and wavelength of the individual rays which is also referred to as electromagnetic radiation.

Electromagnetic wavelengths are measured in nanometers (nm). That is one billionth of a meter, or numerically represented as 0.000000001 meter. Blue light ranges from 380nm to approximately 500nm. It thus represents roughly one-third of the spectrum of visible light.

In an article titled Blue Light: It's Both Bad and Good For You, by Gary Heiting, OD, he says, "Like ultraviolet radiation, visible blue light - the portion of the visible light spectrum with the shortest wavelengths and highest energy - has both benefits and dangers." He continues, "Most notably, the display screens of computers, electronic notebooks, smartphones and other digital devices emit significant amounts of blue light. The amount of high energy visible light these devices emit is only a fraction of that emitted by the sun. But the amount of time people spend using these devices and the proximity of these screens to the user's face have many eye doctors and other health care professionals concerned about possible long-term effects of blue light on eye health."

Author Jennifer Busick, in her article titled Identifying and Controlling the Hazards of Blue Light, note that "Many sources of artificial light, including fluorescent bulbs and LEDs and the screens of many electronic devices, are skewed toward the high-energy, blue end of the visible spectrum." She added, "Acute overexposure to blue light can disrupt levels of the hormone melatonin, making it harder to fall asleep and reducing the amount of time spent in REM sleep. It can also cause digital eye strain (sometimes called computer vision syndrome)."

Symptoms of digital eye strain include:

Some scientists believe permanent damage to the retina can be caused by chronic overexposure to high energy blue light, like the blue light from smart phones and computer screens. This retina damage can also lead to contribute to the development of age-related macular degeneration. Check with your eye doctor if you think you have symptoms as described above.

You can also try following these simple guidelines 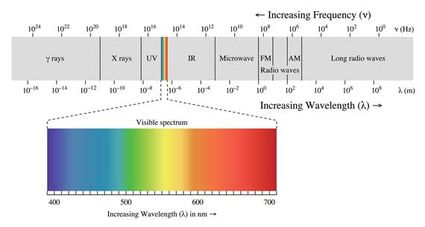 • Keep your distance. Rather than bringing the screen closer to your eyes to see small print use a filter. Software filters are also available that can reduce the amount of blue light coming from your screen. Some tablets now come with preinstalled blue light filters that can be scheduled to change the spectrum of the screen lighting at specific times of day.

• Follow the 20-20-20 rule. For every 20 minutes you spend looking at a device or computer screen, take a 20-second break and focus on something that is 20 feet away. Timer programs are available that will prompt you when it's time to take a break.

• Use the "zoom" feature on your electronic device when looking at fine details and small fonts.

Protect your eyes always so the next time you fly off into the blue, you will know with confidence that you can see inside and outside the cockpit with clarity and sharpness.