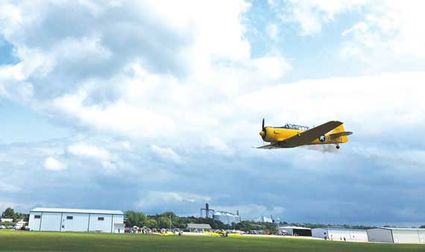 Prairie Air FBO at the Elbow Lake Municipal Airport joyfully joins in uniting their community during Flekkefest, billed by the city as the annual celebration of everything Scandinavian.

"Every year our activities have been building with more and more organizations from town becoming a part of it," said FBO operator Joe LaRue. 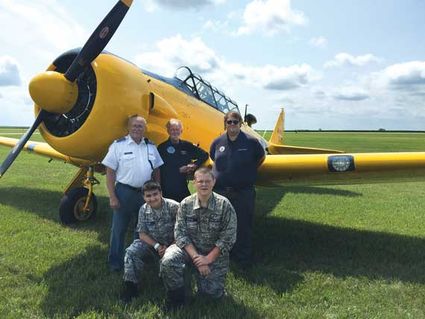 Members of the Civil Air Patrol stand with Paul Brutlag nestled comfortably beside Brutlag's Warbird. To the left of the pilot is 1st Lt Commander Gallen Norris, to the right is 2nd Lt David Bartlow. Cadet Aurnab are Ben Kakac and Steve Begger.